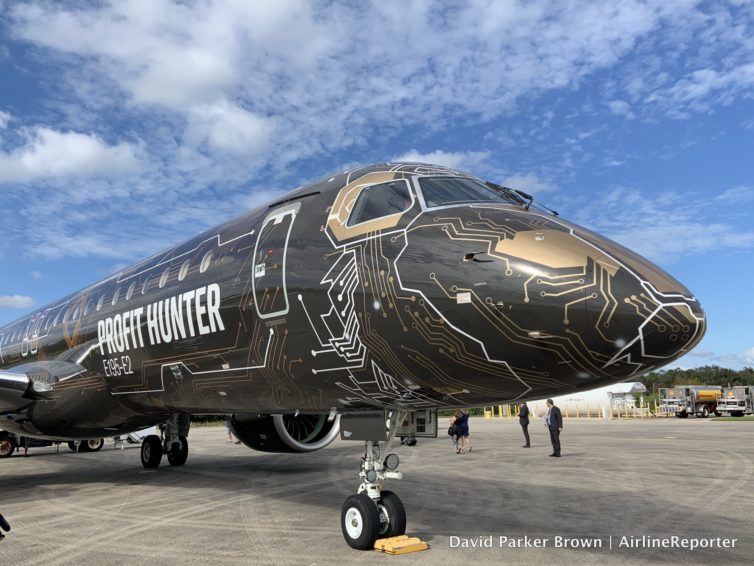 If you have been reading the site for a while, you know that I don’t take as many trips as I used to life priorities have just changed. When Embraer recently reached out to invite me down to fly on their E195-E2 aircraft, I was all in. ’œBut David, didn’t you just fly their E190-E2 Sharkjet about a year ago and don’t you always complain about how often you fly the diagcon from Seattle to Florida?’ Wow, you do read the site quite a bit and you are right’¦ on both accounts. 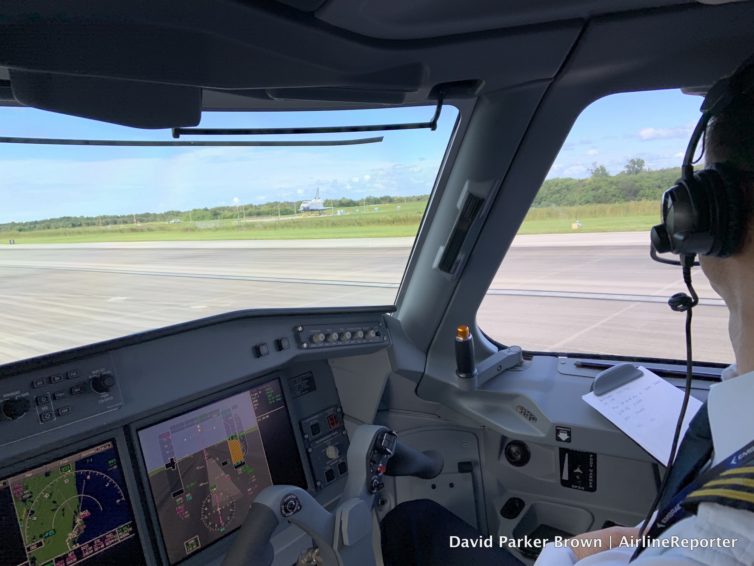 First off, I was going to be able to fly the Tech Lion vs the Sharkjet this time… meow! Secondly, as part of the media flight, we flew into the Kennedy Space Facility (KTTS), got a VIP tour, and had lunch with an astronaut (Tang drink included). And if that wasn’t enough, I was able to ride jump seat while taking off from KTTS. Yes, this was going to be worth heading down to Florida again to hang out with the fine folks at Embraer, and I was very grateful that I had an invite!