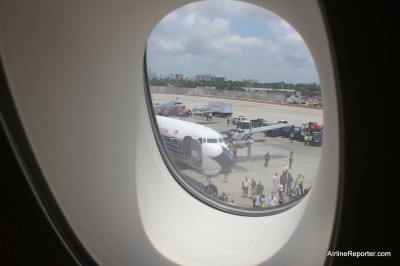 The Historical Flight Foundation's Eastern Air Lines DC-7 (N836D) was waiting for us when arriving on Miami's first A380 flight.

When landing at Miami on the first A380 arrival, it was easy to miss that there was a special guest wishing us a warm welcome: a restored Eastern Air Lines DC-7. The DC7 (N836D) has been restored by the Historical Flight Foundation based in Miami, FL and isn’t one to be stored in a museum, it actually flies and quite a bit.

So what does one do when they have a fully restored DC-7 and want to take it for a spin? Well you fly it from Miami to St. Maarten of course and what an adventure. Self-proclaimed aviation geek, Scott Hamilton, got to take the ride and  does a great job documenting the adventure. Please check out his full report.

Thanks TC for the heads up! 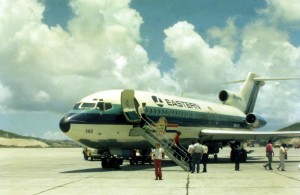 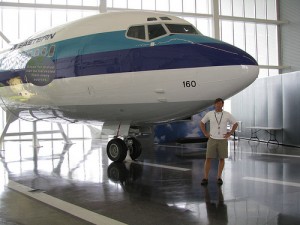