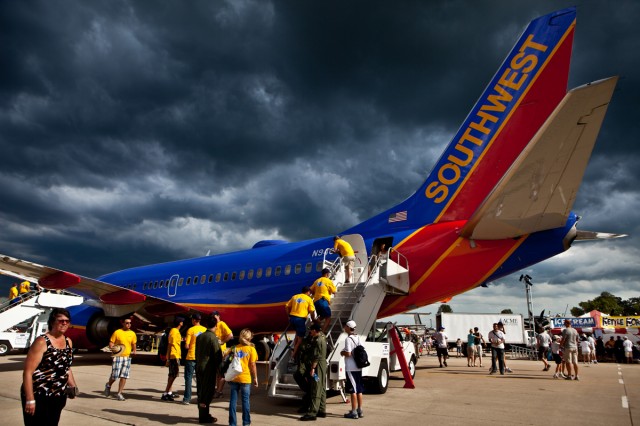 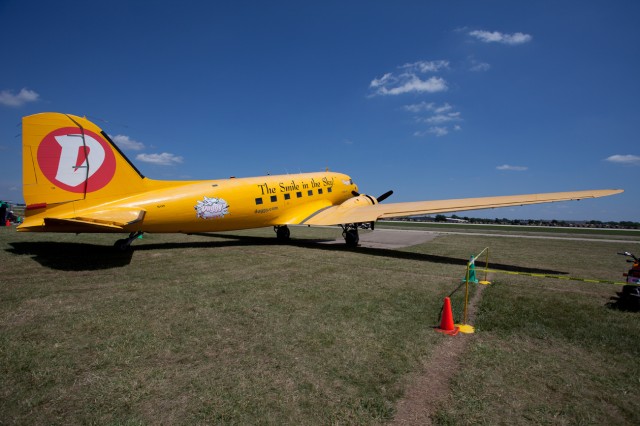 That knock came about a two weeks ago, when, due to a strange series of events, I ended up filling in for AirlineReporter for Southwest’s second annual sponsorship of ’œSuper Saturday’. In addition to other activities through the day, the airline sends one of their trademark 737-700 aircraft up from Chicago for the day bringing employees, contest winners, and a few media along for the ride. 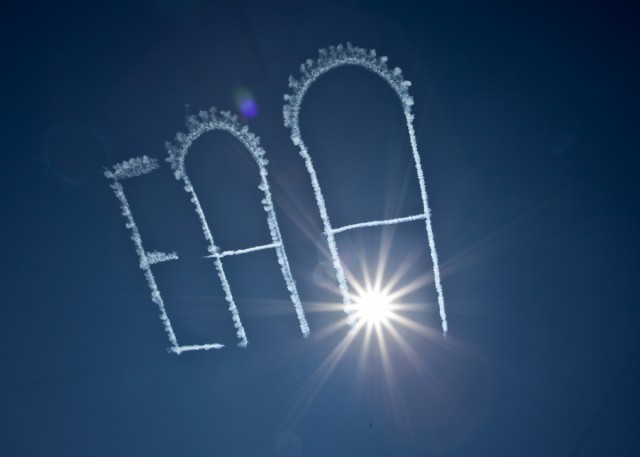 Arriving back at Midway for the crisp hour of 6am, I checked in, got my ticket ’“ which listed our destination, oddly, as Vegas, and proceeded to the gate. Bright yellow Southwest shirts flooded the boarding area, and once on board, reflected a soft golden yellow hue throughout the plane. The flight departed on time and made a nice pass over downtown Chicago (of course I picked the wrong side to sit on), then trekked due north-ish. 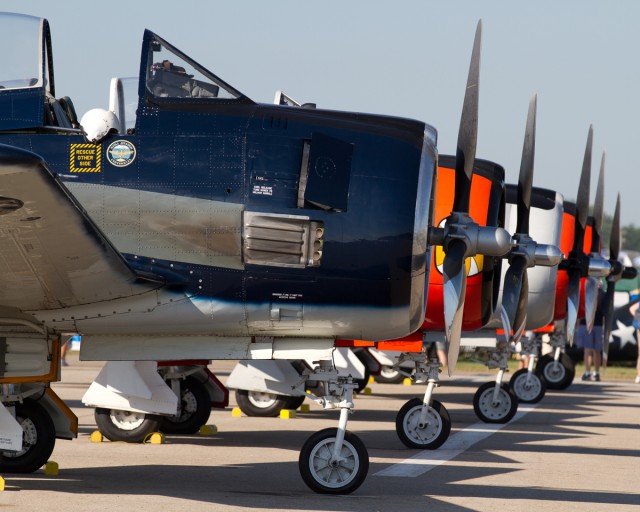 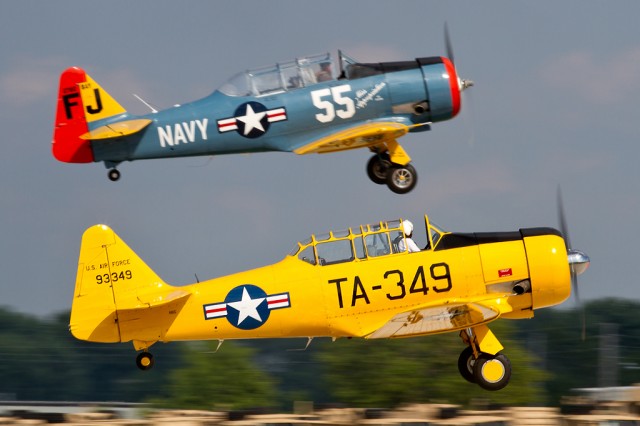 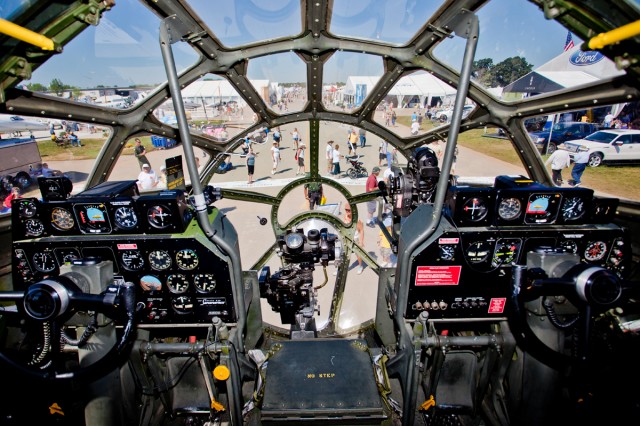 And there were the crowds. Being mainly a photographer, crowds are both one of my favorite and least favorite parts of every airshow I will ever go to. They are my least favorite because they prevent me from easily accessing the porta-potty or acquiring another burger in less than two hours time, but much more so because they get in the way of my static shots (can I hear an ’œamen’ photogs?). Nothing screams “ruined” more than someone’s head cutting off a nose cone, blocking an intake, or obscuring the entire right third of the photo. But at the same time, the crowds offer tons of unsuspecting targets to bring the story together. 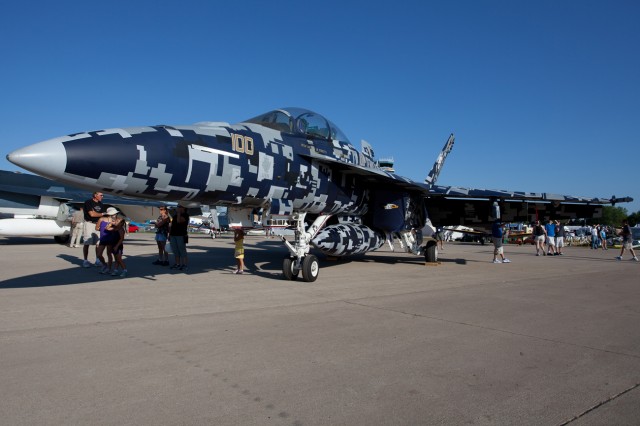 Let’s be honest, who hasn’t stood in line to get on board something cool, or spent time talking with a crew member? I did it multiple times throughout the day, and getting a chance to see and capture individuals interacting and experience aviation is sometimes better than watching the show itself. Speaking of getting on board, I checked out the B29 FIFI, a DHS Dash-8 (super, super cool interior plus the crew’s titles were ’œAir Interdiction Agent’ ’“ how bad ass sounding is that??), Super Stallion, Piaggio Avanti-180, A-26 Invader, TriMotor, Breezi, P51D, and more. Some of the lines, particularly for the B29 and our Southwest 737, stretched quite long. 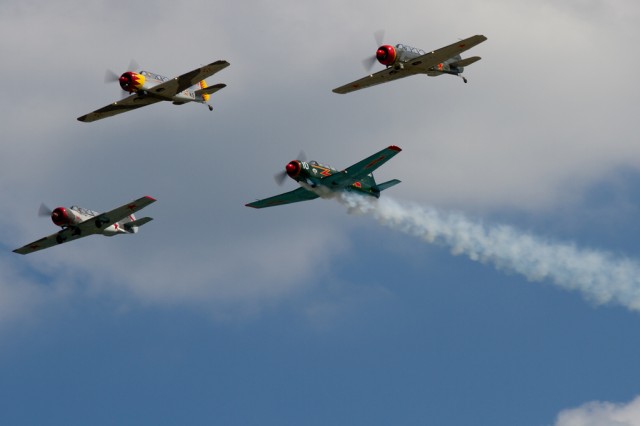 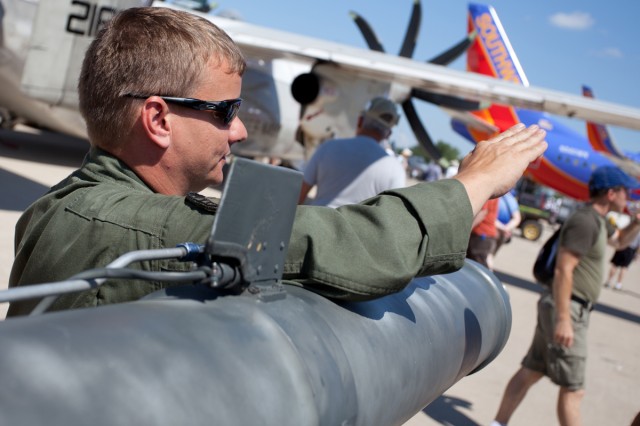 First, it’s huge. Yeah, I know, this one is obvious, but it deserves saying it again. There was just no way I, or anyone, could have seen it all in one day: not even close. The show was so large, the planes so numerous, the talks so intriguing ’“ one can’t do it all. I’ve heard from folks who go for the week who can’t even get around to see it all. 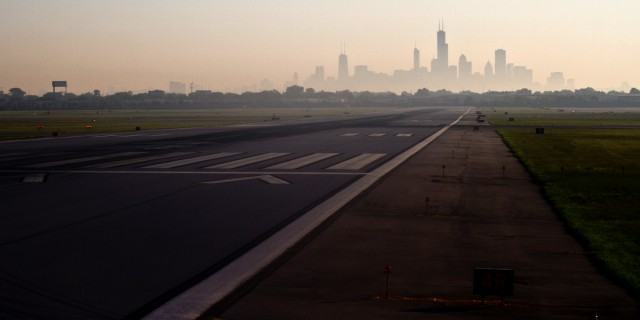