Although there was not much fanfare with Thomson’s 787 departing Everett, thousands were at Manchester Airport to welcome the aircraft. “After much anticipation, we are very excited to welcome the 787 Dreamliner to our fleet and as the first airline in the UK,” said Thomson Managing Director Chris Browne. “Customers will be amazed at the unique look, feel and service ’“ all of which will ensure the unique Thomson holiday experience starts as soon as they step on board this fabulous new aircraft.” 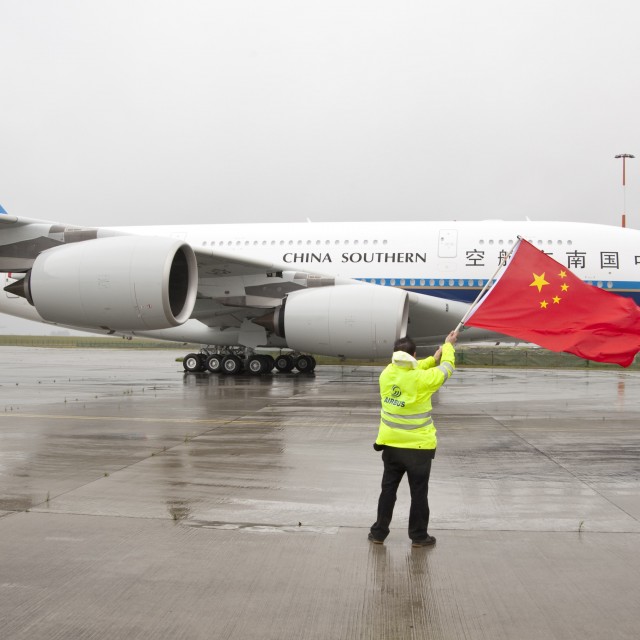 This will be China Southern’s first Airbus A380 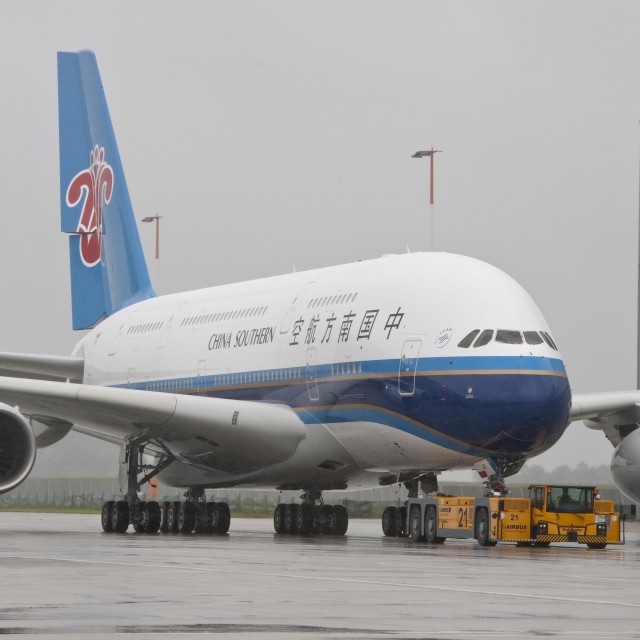 The first China Southern Airline Airbus A380 has rolled out of the paint shop in Hamburg Germany. This is one of five A380s that have been ordered by China Southern and the airline should take delivery of their first during the second half of 2011.

Both photos from Airbus. Click either for much larger version.