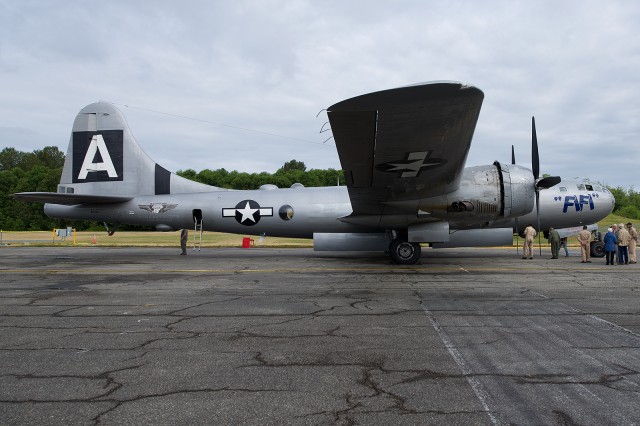 It’s rare to get to fly on something unique, but the Commemorative Air Force has an aircraft that can fit the bill. Most of our readers probably are familiar with the fact that they operate a Boeing B-29 Superfortress (NX529B), more popularly known as FIFI.

FiFi is a 1945 model B-29; in other words, produced after the war. Originally, it was delivered to an Army Air Forces facility in Kansas. Following that, it was converted to a TB-29A for use as a crew trainer.  In 1958, it ended up at Naval Air Weapons Station China Lake. There it sat on the range as a target. Miraculously, it was not destroyed, and was acquired by the Commemorative Air Force in 1971. They have been taking exceptional care of the airframe ever since.

As part of the 2014 Air Power Tour, it arrived at Paine Field on June 19th, and I was scheduled to fly on it the next day. 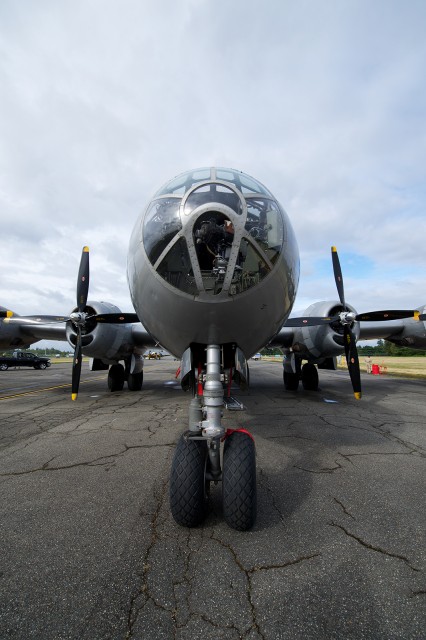 While Boeing was clearly the primary contractor on all B-29s, and they were  produced right here in Renton (though Martin and other companies made their share in Georgia), there was a phenomenal degree of subcontracting. The hydraulically-braked landing gear was actually produced by Chevrolet, for instance. I mention it as it still bares the signature Chevy mark.