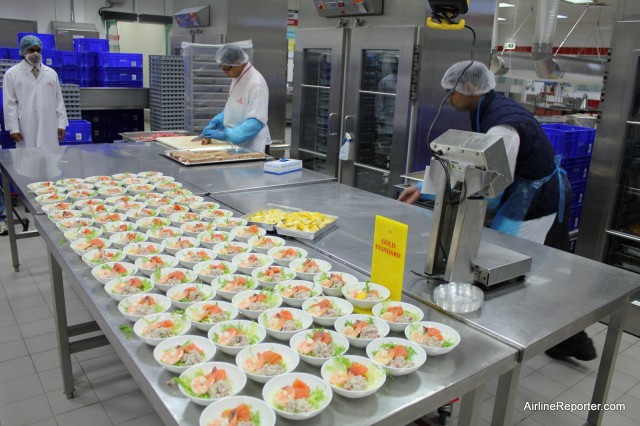 While visiting Dubai recently, I had the opportunity to check out the Emirates Catering Facility. It is the largest catering facility in the world and very impressive. I was asked to write up a story for APEX Editor’s Blog and wanted to share the story with you as well…

DUBAI: Many people do not stop and think about the effort it takes for an airline to prepare multiple meals for long-haul flights; it is complex operation and just one of the many aspects that airlines need to concentrate on to be successful.

The largest airline catering facility in the world is the Emirates Flight Catering in Dubai. Each day, the 50,000 sq m facility produces 110,000 meal trays. It operates 24 hours per day, 365 days per year, and employs 6,600 people.

Continue reading the the story on the APEX Editor’s Blog and also check out all 52 photos of the facility.

This week, APEX Editor’s Blog, posted a great video highlighting the possible future of an airline cabin. Somethings are a bit radical (like every wall being an interactive screen), but others might be be realistic enough (like width changing seats). Either way, it is nice to see there are many smart people out there thinking about what the next generation of airliner might look like.

Watch the video above and check out the APEX blog for more information.