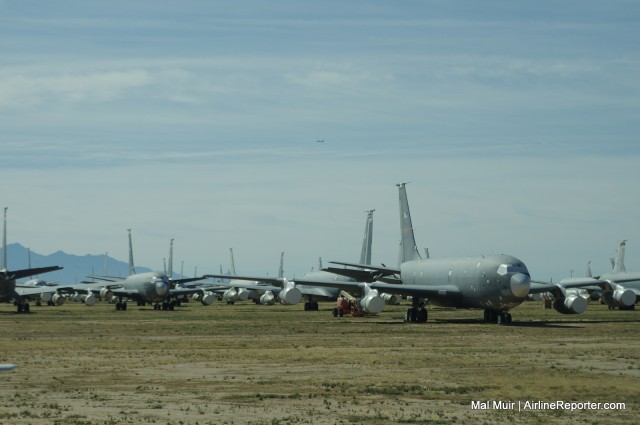 In my previous piece we talked about how great the Pima Air & Space Museum in Tucson was, and how much of an AvGeek dream it is to walk around.  However Pima isn’t the only reason AvGeek’s want to come to Tucson; they also come for the Boneyard.

The Boneyard, or the 309th Aerospace Maintenance And Regeneration Group (AMARG) as it is officially known, belongs to the United States Air Force and is part of Davis Monthan Air Force Base (although technically next door).  Most of the aircraft at AMARG have come from the armed forces of the United States.  The Army, Navy, Air Force, Marine Corps, and Coast Guard all send their equipment here once it has reached the end of its service life.  Some countries, such as Norway, send their military aircraft to AMARG for what this facility does best – storing military aircraft.  Before we talk about how you can visit AMARG, we need to talk first about what they do.