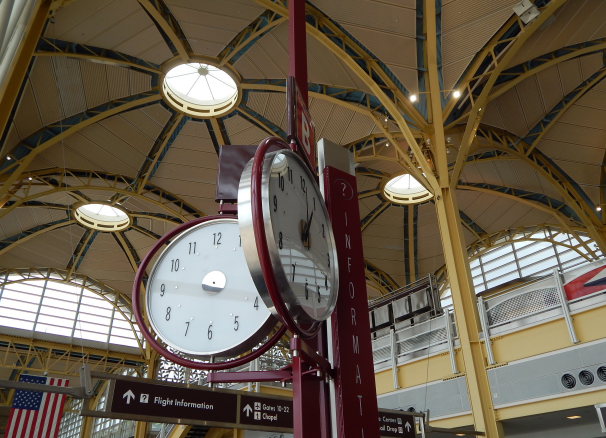 I love airplanes and sometimes I think airplanes love me. It is hard to fathom that these beautiful, curiosity-instilling works-of-art can fly. Throughout my life, I have always had a strong interest in aviation. My parents tell me that I would always ask aÂ family friend, a pilot for a major carrier, questions about airplanes. I never caught the aviation bug – I was just born with it.

It was a summer day in May of 2013 whenÂ I came to the realization that I needed to find something to do during theÂ summer besides sitting on the computer or watching TV. I talked to some people and found an organization called Travelers Aid International. Initially, I didn’tÂ know Travelers Aid even existed, but I knew this would be a perfect place for me. I contacted the organization at Ronald Reagan Washington National Airport (DCA) and they sent me a very kind response telling me where to meet for the interview. There, during the interview, was where I would start something that I would never be able to end.

Waiting for your luggage at baggage claim can be a real drag. Passengers who just arrived just after midnight on Christmas day at QuÃ©bec City Jean Lesage International AirportÂ received a special little surprise.

While the 36 passengers waited for their luggage, wrapped packages starting coming out, each with one of their names on it.

“People were very surprised. They were waiting for their luggage and when they saw the first gifts, they watched in disbelief. One of them found that each box was labeled in the name of a passenger and all began to make the distribution supported by our employees,” said Jonathan Trudeau, airport spokesperson.

The presents ended up being fleece blankets with “YQB” embroidered on them (the airport’s code). The flight was the first one of Christmas day and the airport wanted to celebrate with something a bit different.

Thanks to James Burke for pointing this story out to me. Note that the original story was in French and I used Google to translate — meaning the quote might not be spot on.Â