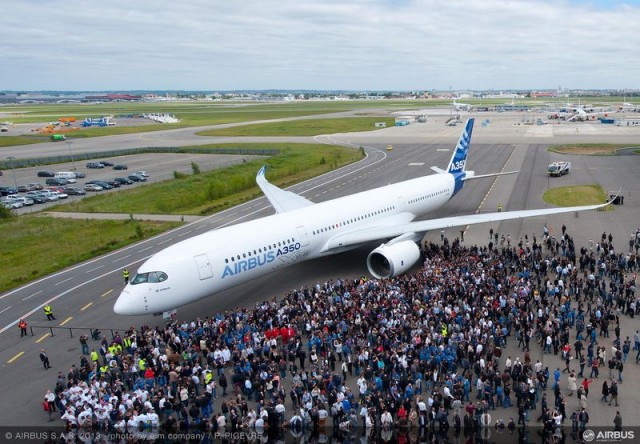 The completed A350 XWB MSN001 is welcomed by Airbus employees in Toulouse. Photo from Airbus.

The painting of the first Airbus A350 XWB was completed today in Toulouse, France. The aircraft is sporting the typcial Airbus livery that took about seven days to complete. 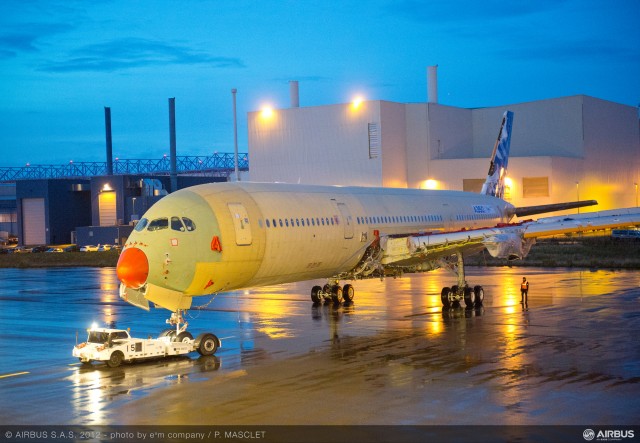 Airbus has successfully completed the main structural assembly and system connection of A350 XWB â€˜MSN1â€™ â€“ the first flight-test aircraft. The aircraft is depicted here on its wheels for the very first time moving out of the main assembly hall (Station 40) at the recently inaugurated â€œRoger BÃ©teilleâ€ A350 XWB Final Assembly Line in Toulouse. It then entered the adjacent indoor ground test station (Station 30). 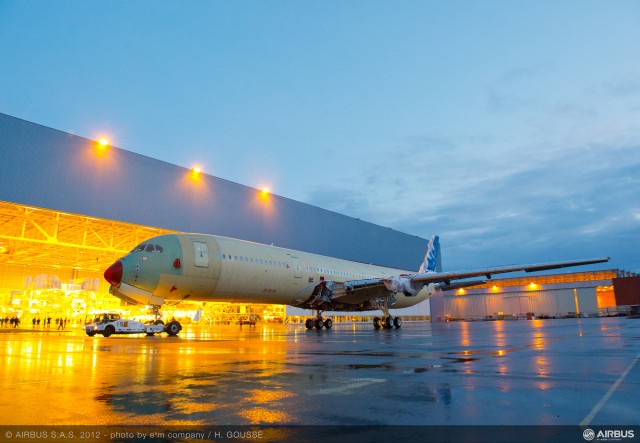 The structurally-complete no. 1 A350 XWB flight test aircraft is shown during its transfer at the Airbus final assembly line in Toulouse, France â€“ moving from Station 40 in the main assembly hall to the adjacent indoor ground test station (Station 30) . Image from Airbus. Click for larger. 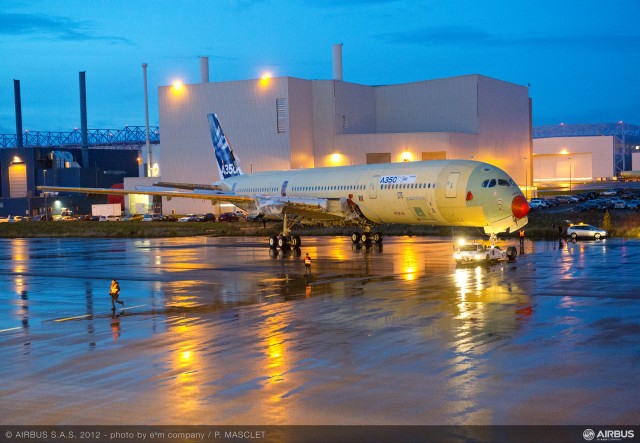 With its main structural assembly and system connections complete, the first A350 XWB flight test aircraft (designated MSN1) was moved from the main assembly hall to the adjacent indoor ground test station at Airbusâ€™ final assembly line in Toulouse, France . Image from Airbus. Click for larger.

UPDATE: Airbus has confirmed that the front doors on the A350, as shown in this photo, will be closed on the ground during normal operations. “The forward set of doors only will be open when the gear is being extended or retracted,” Airbus stated to AirlineReporter.com. “The reason that they are open in this picture is that the aircraft is not hydraulically â€œactiveâ€ at the point when the picture was snapped and there was no reason to close the doors for the short road trip.” 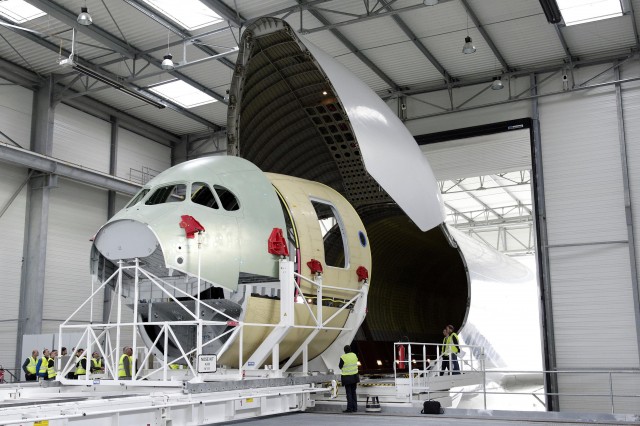 First A350 XWB nose section being unloaded from the Beluga aircraft at St Nazaire. Photo by Airbus. Click for larger.

Now that the Boeing 787 Dreamliner has been delivered and will soon be entering service, I want to share some love with the Airbus A350 XWB.

Cut away of the Airbus A350 XWB from Flightglobal. Click for larger.

The A350 will be the first airliner manufactured by Airbus usingÂ  53% composite materials. We have previously seen the upper wing cover and landing gear, now something a bit more recognizable; the A350Â XWB nose section. The A350 nose section comes in three different parts, which is different than the Boeing 787 coming in just one.

At this time, the A350 has 567 orders, where the first aircraft is expected to go to Qatar Airways sometime in later 2013.