This is a classic airline commercial for Western Airlines from 1981 that highlighted their DC-10 service from London to Hawaii.

Western Airlines had a fleet of 10 DC-10s by the time they merged with Delta Air Lines.

Thanks Drew for pointing this one out!

When an advertisement starts out with the statement, “WARNING: The following video contains language and themes of a sensitive nature. Viewer discretion is advised,” they get my full attention. When first checking out Air New Zealand new Rico ads about a month ago I wondered how they might out-do theirÂ videos of almost-naked employees.Â  Well, I think they succeeded and have made me laugh in the process.

Enter Rico, Air New Zealand’s new spokesperson… err spokesquirrell, maybe spokesfuzzyguy, um, I am not really sure what he is. I do know he is unique, a bit rude and darn funny. He says things that no spokes person should ever say, but some how me makes it seem alright. According to his FaceBook he was born, “on plane between two country on international line of dates on June 6th and 7th 1972.” He states he likes to say he was born on the 6th since that was the same day, “David Bowwow release Ziggy Stardust recording.” Don’t tell Rico, but I have heard he was actually “born” at Jim Henson’s Creature Shop in Los Angeles. This is the same place that brought you the much more clean-mouthed Muppet’s.

If you follow quite a few aviation blogs, this is probably not the first time you have seen Rico. He has been up to his shenanigans on the internet for a bit over a month. Since then, he has caused quite a stir around the interwebs. I have seen that most aviation geeks love him, some think he is disgusting and others just do not get it. I say, if an airline is able to make their marketing funny and creative enough to get people to write about them, that says something.

How can you not like this little fuzzy dude? Well, I think I like watching him on YouTube, not sure if I would want to sit next to him on Air New Zealand’s longest flight of 14hrs from Vancouver, BC to Auckland (ok, yea I would, but alcohol would need to be involved and I am not sharing a snuggle seat with him). I was lucky enough to have an opportunity to interview him and he made a funny video for me. I am not sure he 100% understood all my questions, but his answers made me laugh hard. Trying to answer what his favorite airplane to fly in should make any aviation geek smile!

If you haven’t seen Rico’s other videos, be sure to check them out. Just do me a favor and don’t listen to these at work 🙂

Would you want to hang out with Rico for a few hours? If you so dare, you can also follow Rico via his Facebook or Twitter accounts. He sounds like a worldÂ travelerÂ and hoping I can run into him someday.

I think if you are reading this blog, you probably have a pretty good idea what jetliner ended up winning transporting passengers across the Atlantic. However, at the time of this video, it wasn’t quite sure if the Boeing 707 would be able to beat out the Comet. The Comet had some serious issues with coming apart in mid-flight, but the Boeing 707 was an unknown new-comer. Boeing put a lot of money and hard work to make the Boeing 707 successful and it paid off. 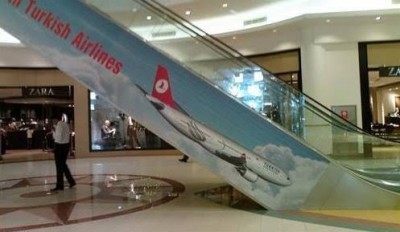