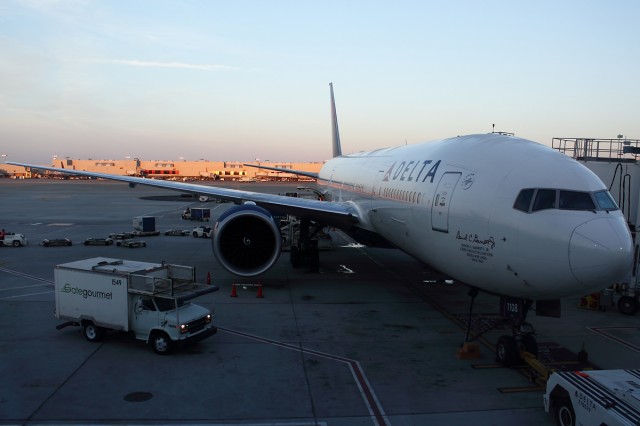 I recently had the opportunity to fly from Atlanta (ATL) to Los Angeles (LAX) on Delta Air Lines flight 110, that was operated by a Boeing 777-232LR. Being the AvGeek that I am and having never flown on a 777 I just couldnâ€™t turn this opportunity down. 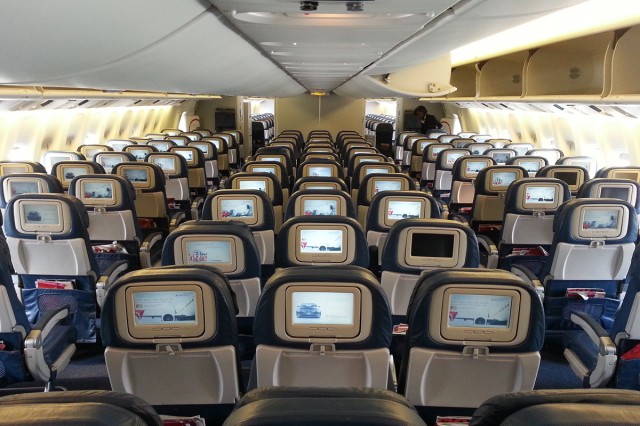 It finally approached time to board, but were told that there was a slight delay with the cleaning crews onboard the aircraft and boarding would begin as soon as possible. Once boarding began I waited until the very end to get on since all I had was a backpack and wouldnâ€™t require any overhead space.

Walking down the jetway the excitement began to settle in that I was about to step foot on my first ever 777 flight even if it was domestic, it is still a 777. By the time I boarded near the end, it didnâ€™t take very long to get to my seat near the very back of the aircraft.

The time was now 0819 and our push-back began, only 9 minutes late so not too shabby. This was the part that I was most looking forward to; that howling growl start of those amazing General Electric GE-90â€™s as they spool up and come to life. I heard the first one start and it was like music to my hears. I know that I had the biggest and dorkiest smile/look on my face like a 5 year old.Â  Yes I am in love with that howl! 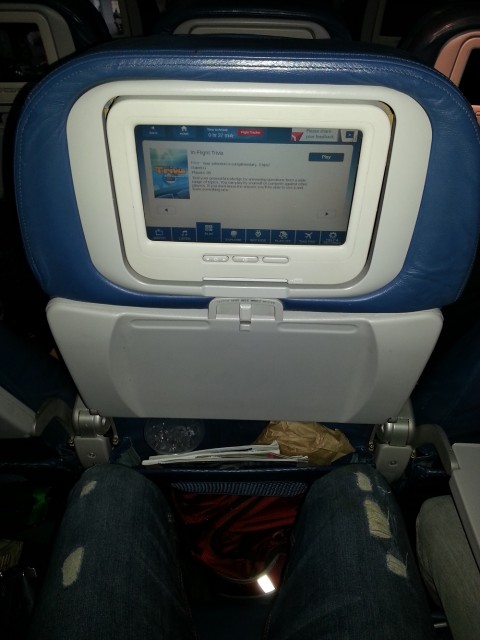 Following the push-back, we begin our taxi out. The pilot came on the intercom and alerted us that we are number five for departure, 19 minutes after departing the gate the aircraft begins to turn on the runway. I was ready to feel the full 220,000lbs of thrust but since we were so light with only going to LAX the pilots really didnâ€™t seem to throw the throttle that high. It didnâ€™t seem very long for us to climb to our cruise altitude of FL400 as we headed west. I must admit that this was one of the quietest cabins I have flown on at cruise.

Now, I had the opportunity to check out the seats. They seemed very wide which I absolutely loved but at the same time each row is extremely narrow to where my knees were almost in the seat in front of me (I am 6’0″). I couldnâ€™t imagine if someone had been sitting in front of me and reclining the seat. It would have crippled my space, in a long haul flight I definitely would consider upgrading to the front cabin if possible, but luckily this was a shorter flight. 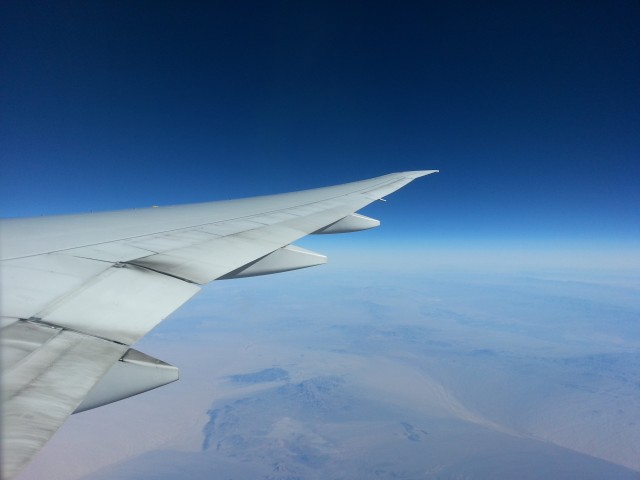 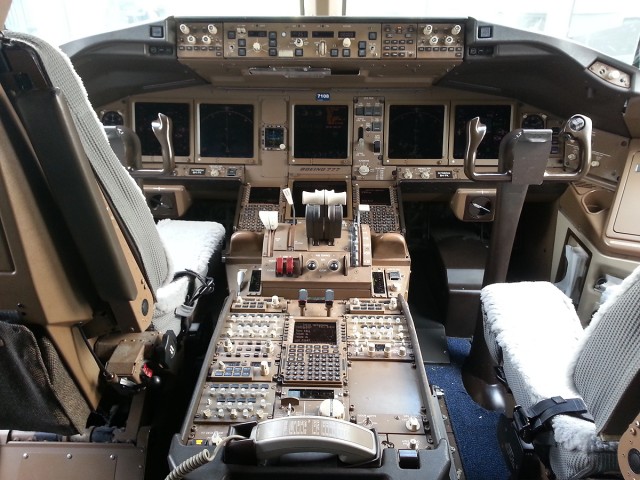