I love looking back at old airline advertisements that promote a new type of aircraft that will soon become the flagship of the fleet. We are talking about the iconic birds of yesteryear; like the Lockheed Constellation, Boeing 707, Douglas DC-8, McDonnell Douglas DC-10, and Lockheed L1011. However, there was one aircraft that let the […] 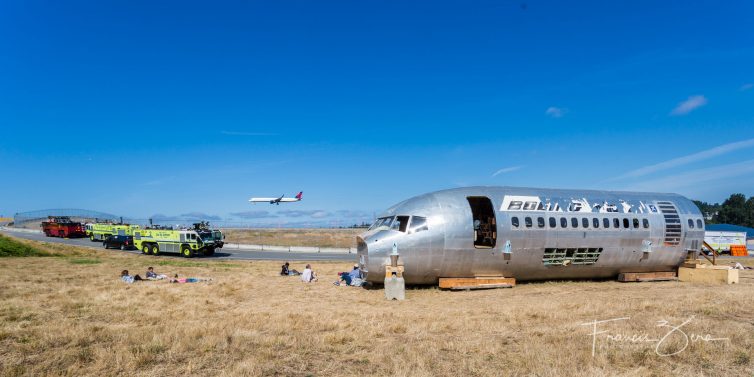 What do you get when you combine writing about airline travel since 2008, with a few decades of being a sarcastic chap? Unsolicited Travel Advice from David (the Editor-in-Chief of this dog and pony show) — that’s what! There are way too many travel-related click-bait stories out there that give you boring and questionable information from “experts”. This series will be different — I will give you entertaining, possibly less questionable information, while not caring about any sort of clicks or bait. Let me set the mood. Imagine that you and I are hanging out, when we have just hit upon an interesting airline/travel topic (safest airline seats) and I am fired up and ready to spew my thoughts and opinions. When I wrap up, I am hoping that you won’t just awkwardly stare at me, but instead continue the conversation in the comments. Let’s do this…

Series Post #1: WHERE IS THE SAFEST PLACE TO SIT ON THE PLANE?

This question always gets me riled up. If you don’t want to read this whole story, let me save you the time: It does not matter what airline seat you choose. It really, really does not matter. But that doesn’t stop so many others from telling you that a wrong choice in seat could cost you your life! (dun dun DUNNN)

The anecdotal thoughts on the topic are my favorite. “First class is safest, since the airline wants to save the rich.” Interesting…I have heard the opposite as well. “Sit over the wings, that’s the strongest part of the plane.” Of course there are huge fuel tanks located there too. “Sit in back, so you’ll be last to hit the ground, and just jump right before impact.” No joke, someone suggested that once to me and my dad, who happens to not only a pilot, but also a physicist. He was super nice about it, but it was fun conversation.

Anyhow, I wanted to find some actual data that people were using for their conclusions, and what better place to look than the internet? I found a few sites that had some good ol’ fashion data (just the way I like it). However, was this going to be good data (like Data) or bad data (like Lore)? [any Trekkies out there? If not, don’t worry, the Data/Lore joke isn’t that great anyhow]

Keep reading, because what I found will shock you to your core!!! (not really, I am just trying some of the “click bait” stuff, but keep reading, I think my best stuff is yet to come)

I had no expectation that I was going to write this review. I recently flew down to Fort Lauderdale (FLL) to hang out with Embraer and they were nice enough to put me in first class. When I was preparing for my flight home (I flew on Delta to FLL), I saw it was on an Alaska Airlines Airbus A321. Sweet. I knew that I would either be flying on one of Virgin America’s old birds with their first class product, or Alaska’s new product — win/win. I did my thing and looked up the registration number, found the delivery date of the aircraft, and determined that I was going to be trying out the new product. Heck yea. 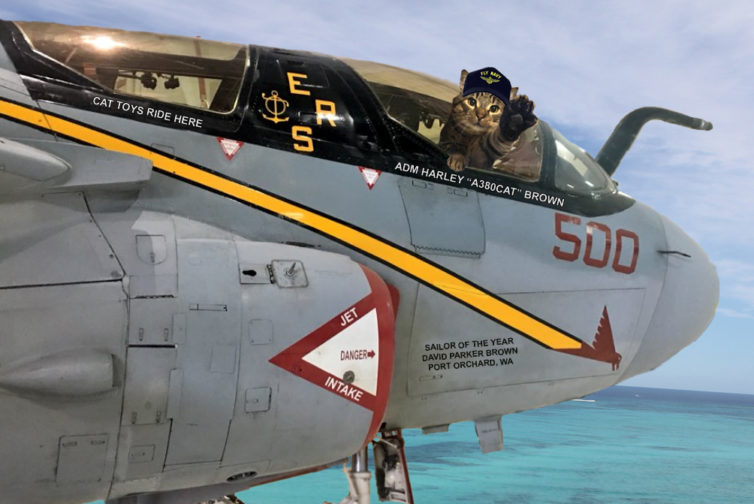 My apologies. My subject might be a bit misleading. Or maybe totally misleading. One might even call it a fib. Well mostly a fib. I do have a cat. His name is Harley, but goes by #A380CAT. Although he might tell you otherwise, he has never flown or landed a plane… he mostly just eats and sleeps.

I do have “some actual legit stuff”, which is really a yearly review. Yes, yes, everyone does a yearly review this time of year, and every year I start to get annoyed after seeing about 100 different versions or so.  Then I become a hypocrite and write one for AirlineReporter. I figure since I am going to look at the yearly data anyhow, why not share? But I figured if I added some crazy cat stuff to the story, maybe it would make it more interesting. Keep on reading to see our year end stats and also more of my cute kitty cat! Here we go…