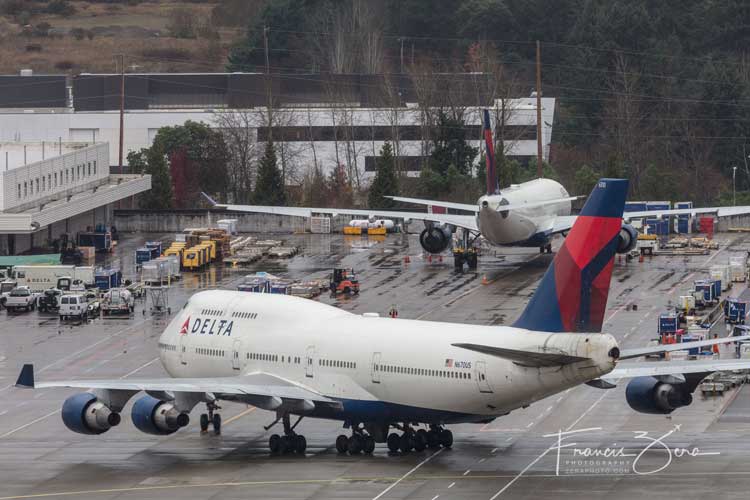 For a while, there were two Delta 747-400s at Sea-Tac. This one was parked inside a maintenance hangar as a centerpiece for a party. It was later used to fly the Seattle Seahawks to a game someplace (we’re not sportsball fans here at AirlineReporter – we only pay attention to the planes).