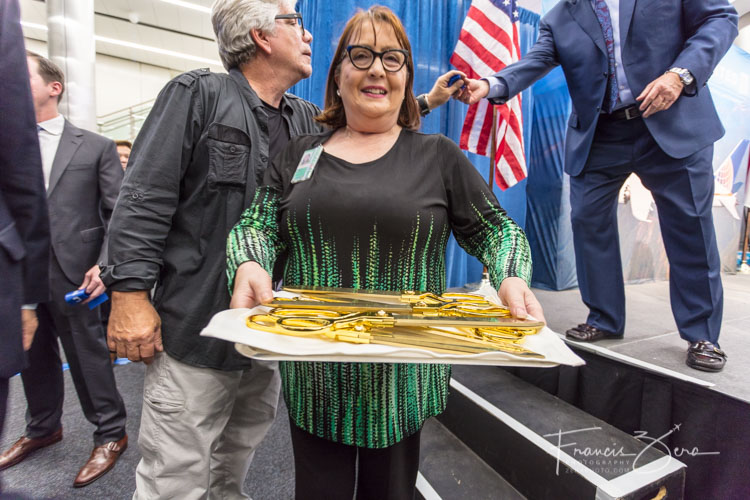 That had to be the largest collection of giant, golden scissors I’ve ever seen. They were carefully counted and locked away immediately after the ceremony.