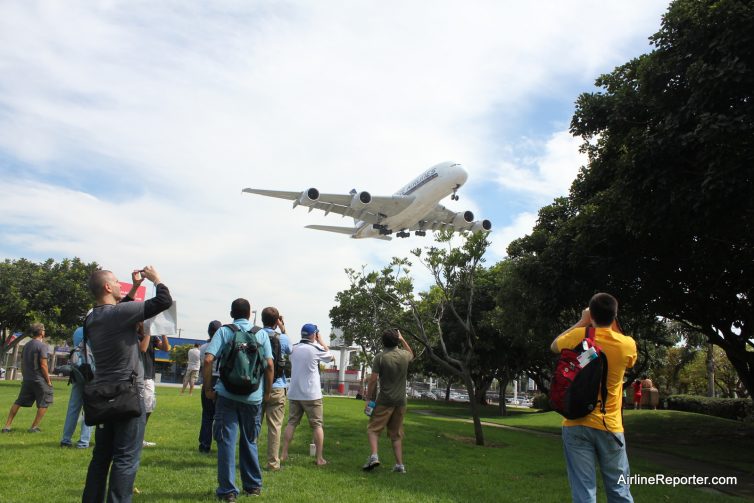 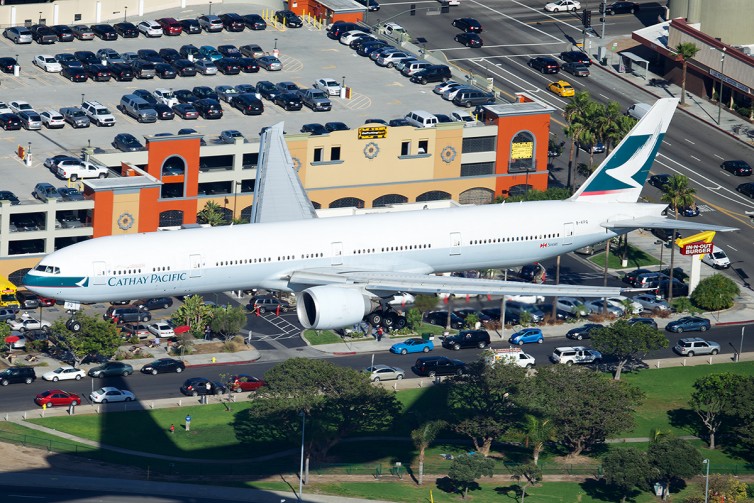 Brett Snyder, the guy behind Cranky Flier, has put together this event/non-event for quite a few years now. It is quite simple. 1) Show up at the IN-N-OUT by LAX anytime between 11a-1p on September 23rd. 2) Watch airplanes. Talk airplanes. Eat food at food place. No tickets, no reservations, no scheduled activities — simple. Plus, if you want to go super legit, you can also participate in the 4th Annual PHXSpotters- NYCAviation Spotters Event at LAX.

https://www.airlinereporter.com
Raptors in Seattle! Not the jets, the real kind. You know, birds of prey.
Living the Dream: Flying Seat 1A on a 747
5 Comments

Nice to see the shout-out for Brett. I thought that he’d been arranging for more than four years, but errors happen. I’ve been to one, quite by accident as I had a long lay at LAX. Low key, lots of fun with dorks and geeks, generally gossiping and lying to each other . Brett picks dates and times that display heavy traffic and a lot of international big birds and weather is rarely an issue at LAX. (OK, so the food at I&O is not gourmet, but they are probably the best in their segment. Who can pass on a greasy cheeseburger, oozing chili, once a year?) I’d also add that Brett is one of the sharpest bloggers that I’ve ever read: he knows his stuff, writes well and never wastes a single word. As if one needs more, he is also one of the nicest, most engaging folks that I’ve ever met. Anyone in need of his services should send him an email. He and his team are responsive and quick, especially when real trouble happens. TIP: If you’re going to use his services, sign up BEFORE booking tickets and departing. Give them a fair chance to show their stuff, before it hits the fan. It is also less costly that way.

It is all about the people! Brett has always been one of my favorites and totally agree with your kind words. It is so often I am reading his stories and am like “OMG, I wish I would have written that, it is awesome!” Last time I did that was this morning about the A380 and 737 UBER MAX.

Does this mean you will be showing up this year?

YES! For once I know about this in advance AND I will be in the area.

Looking forward to seeing you there, DPB. I have a feeling I’m going to be spending a lot more time that morning reconnecting with old friends than I am going to be watching planes. Which is fine, since that is what the rest of the weekend is for!

Yea. I have been to Dorkfest twice and often I forget there are planes flying over. And that really says something :)!