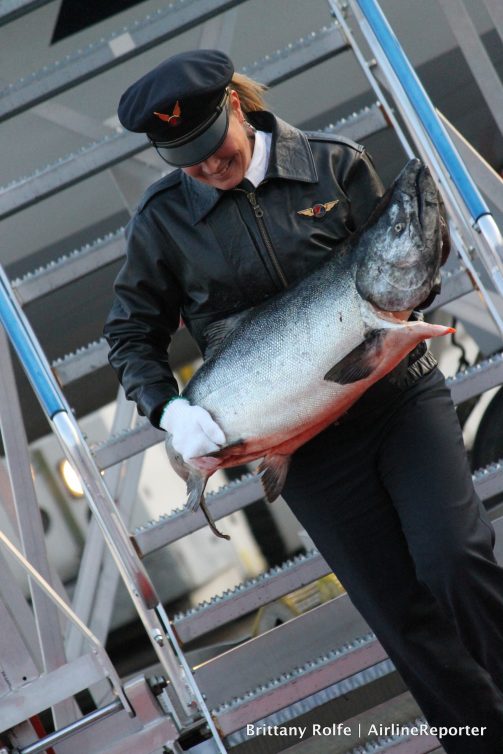 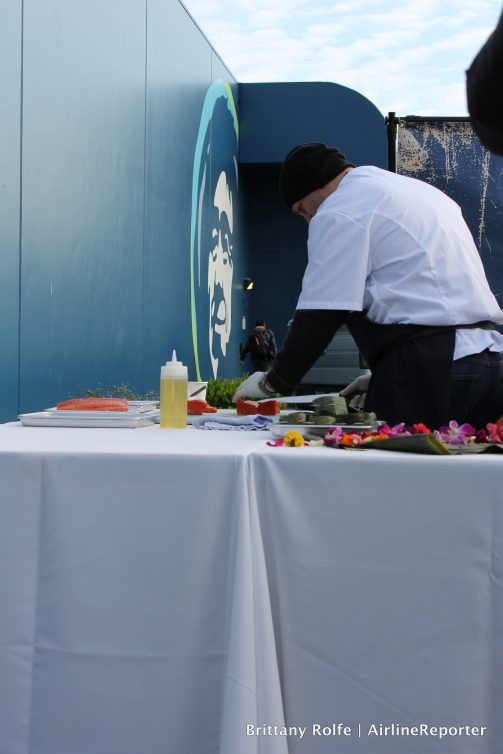 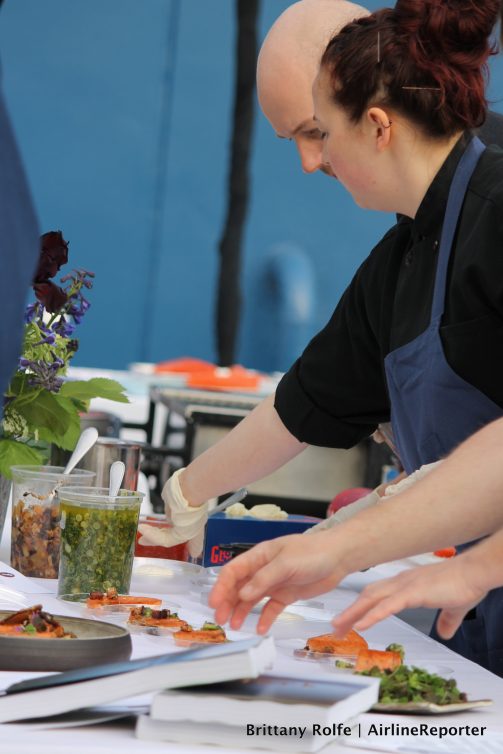 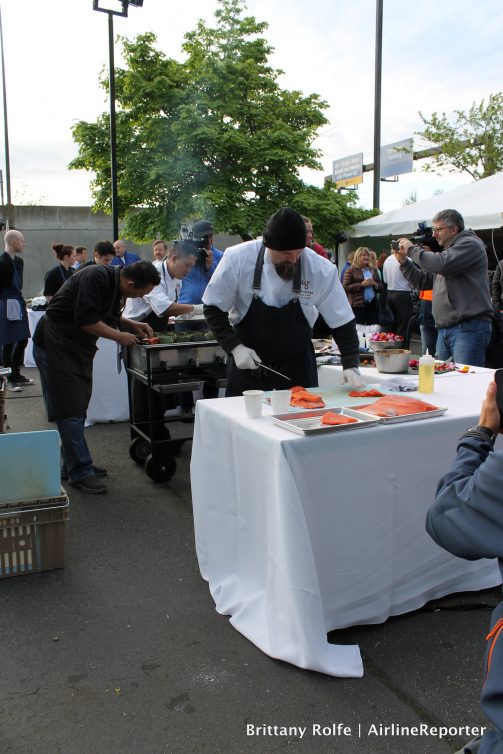 Okay, before we dive into the whole airplane thing, let’s talk about the fish. Every year I hear the same stuff — either from Twitter, my stories, or even my family and friends — “who cares?” Sure. You can think that the fish is not that big of a deal. That it is not worth the price. That it is silly that so many people make a big deal when it is first flown to the mainland. But guess what? It is still big business.

From the family fisherman out there, to the processors, shippers, distributors, stores/restaurants, to the customer; as long as there is a demand, a solid supply, and a large gap between the two, air cargo is going to be an important part of the equation. And look how we nicely transition into talking about the 737-400 Combi, which I think is the coolest part of getting that fish onto my plate. 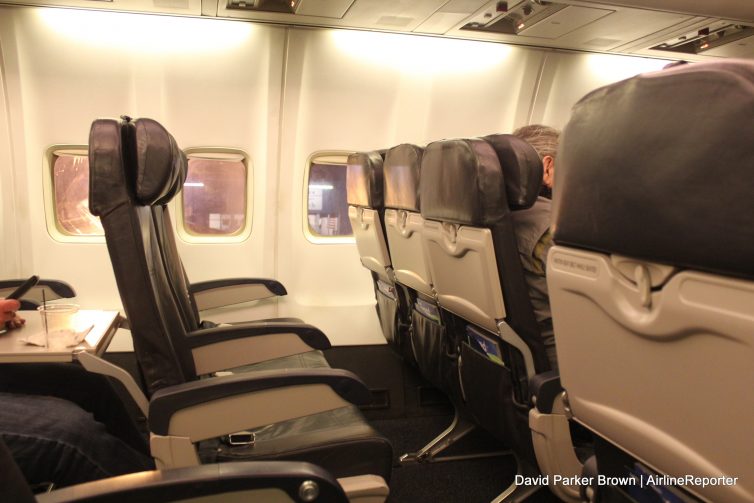 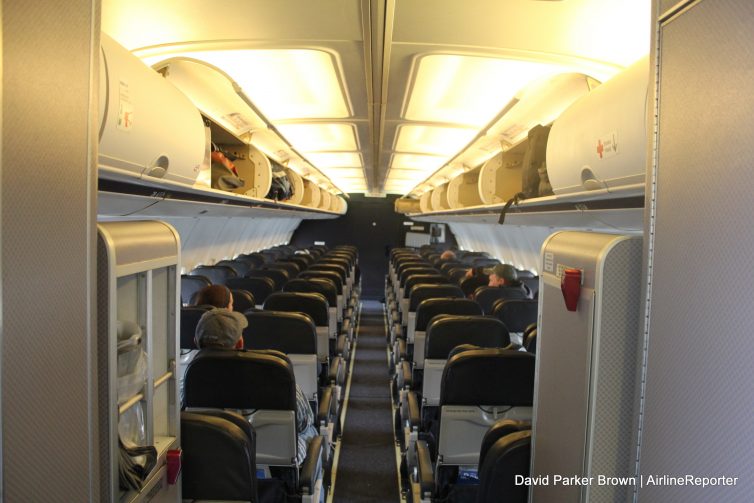 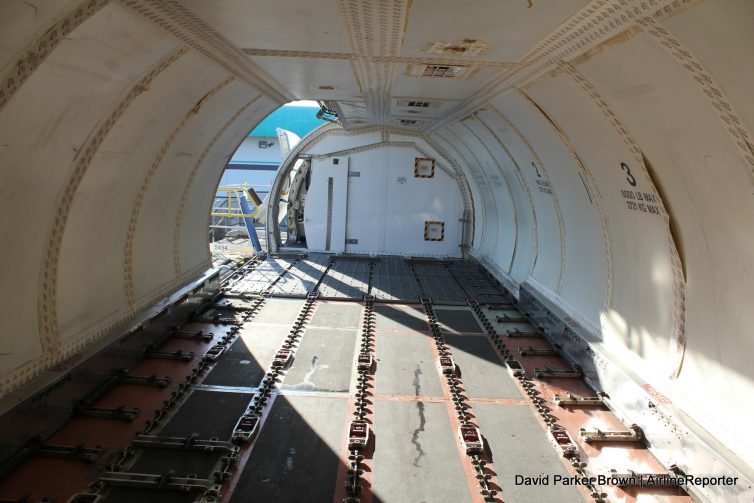 Cargo section on the Combi 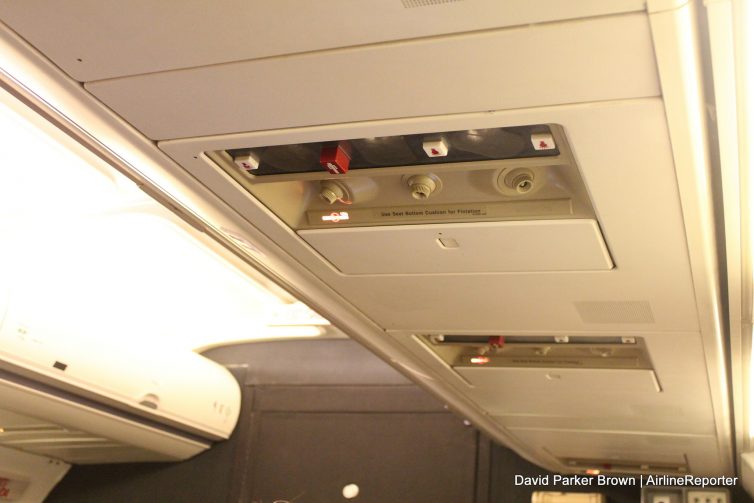 The first 737-400 Combi to say goodbye is N762AS. Its last revenue flight was on May 19th from Anchorage (ANC) to Cordova (CDV) and then it officially retired yesterday, the 25th. This aircraft started life as a 737-400 passenger plane delivered to Alaska on July 27, 1992. Then in 2007, it was converted over to a Combi. Now, almost on its 25th birthday, it will start its next adventure. 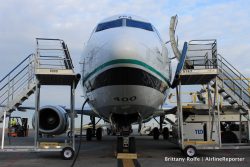 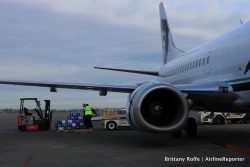 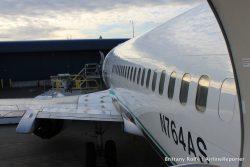 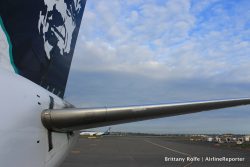 This is the first of five Combis that will end up retiring this year.  Three more will go this summer and the final one is expected to be retired in September. But do not fear, these bad boys have some life left in them. They will be flown up north to Canada and will be converted to full-on freighters and continue to move cargo around the world (maybe not Copper River Salmon though). 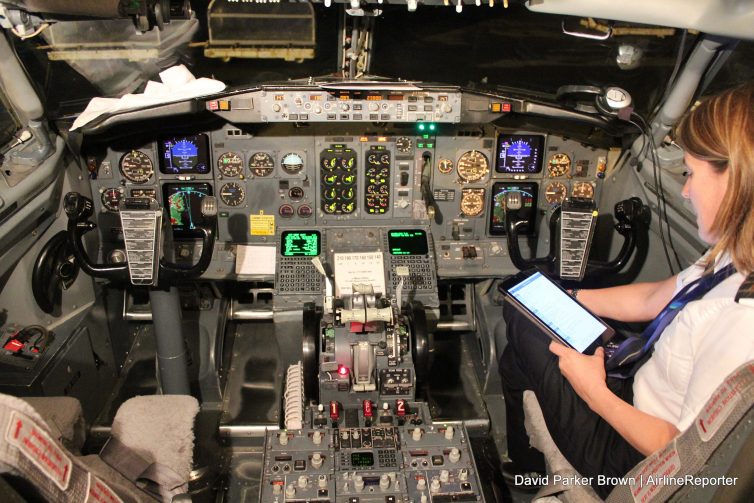 Obviously Alaska Airlines still has cargo needs. Soon, they will be taking delivery of the world’s first converted-to-cargo Boeing 737-700 aircraft. The first is expected to join the fleet near the end of June and the rest not too long after.

Moving cargo to and from Alaska is important. Not only to get their seafood around the world, but to also make sure goods are getting to the people of Alaska. 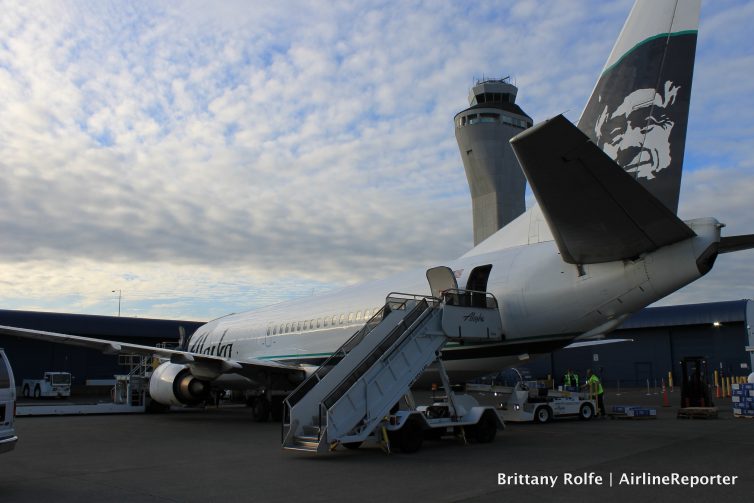 If you want a shot at flying on one of these birds, you’d better hurry. And this is great timing, since the state of Alaska is pretty well known for being beautiful this time of year!

Hello AR and happy holiday. It seems that I often learn something about Boeing airplanes when reading AR. Until today, I had thought that all AS’s 737-400 Combis were original, purpose built aircraft. Apparently, Not So. It also seems that the -400-Combi is the only recent production Boeing to include the gravel screen to protect at least some of the landing gear wheels and struts. (IIRC, a few 727s included that feature as well, but most are now long gone.) It does not take much brain power to realize that this device enables the 737-400-Combi to use strips unavailable to other aircraft!) AS maintains an active cargo operation to/from Alaska and retiring these airframes from active service represents economic considerations, not a lack of cargo. I wonder what AS will use until a new 737F, or another -Combi becomes available. The 700F is nice, but AS has made great use of their several Combi ‘conversions,’ that I thought were original builds. Hmm… If a given airfield in Alaska has cargo needs, it also needs some seats for SLC.
First arrival of Copper River Salmon? I’ve been there once, year #2 IIRC, and it was great fun, but far too early for these old bones. (Rather than drive the distance in the early hours, I went the night before and stayed with a friend near SeaTac, a very good choice. Great fish and with a unique flesh color, but please, let’s do not push this more that is justified; the biologists tell us that the Copper River fist are not unique, enjoying only a slightly different diet; The look wonderful, but taste the same as any other large Chinook. What they ARE, is a unique marketing opportunity for AS – and they make the most of it. Salmon, other Alaska seafood species are a huge market for AS – and when they make the most of it, more power to them!
While I’m a bit sad to see the 737-400-Combi’s sold-off or enter dry storage, I am equally certain that AS has a “Plan-B,” in its pocket.

Do you know which airline they’ll be going to? I’m guessing First Air or Canadian North?

The combi seems like a good idea on its face–many cities don’t have enough demand for an entire passenger or entire freight plane, so the two are combined into one daily/weekly trip. What has made them unprofitable/worthy of retirement? Is it just the fact that they’re -400s, and thus inherently less efficient than newer models?