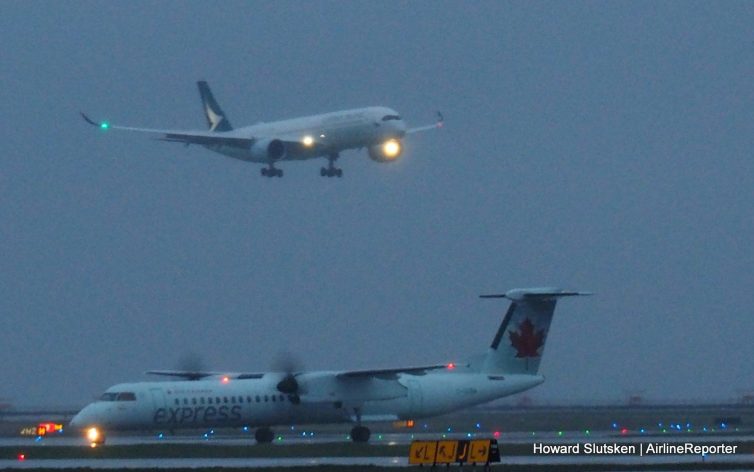 From over a mile away, this was the best I could get of the CX A350 landing on YVR’s north runway.