There are few things out there that given the chanceÂ to try for myself, I’ll jump at the opportunity. An hour in a levelÂ DÂ Boeing 787 simulator is one of those things. In November 2015, Aeromexico cut the ribbon on its brand new 787 simulator, and last week it invited me down to Mexico City to experience it firsthand.

Level D means the simulator is as complex and realistic as it gets. Pilots are able to transition from other aircraft types such as the 737 over to the 787 and earn their type rating on these machines. Before I had my time in the right seat of the simulator, Iâ€™d have to sit in row 25 of a 737 to get down to Mexico City. 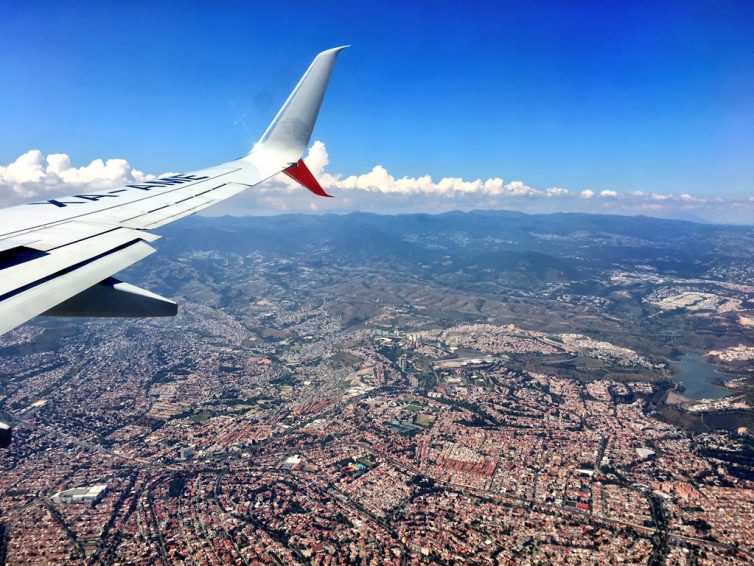 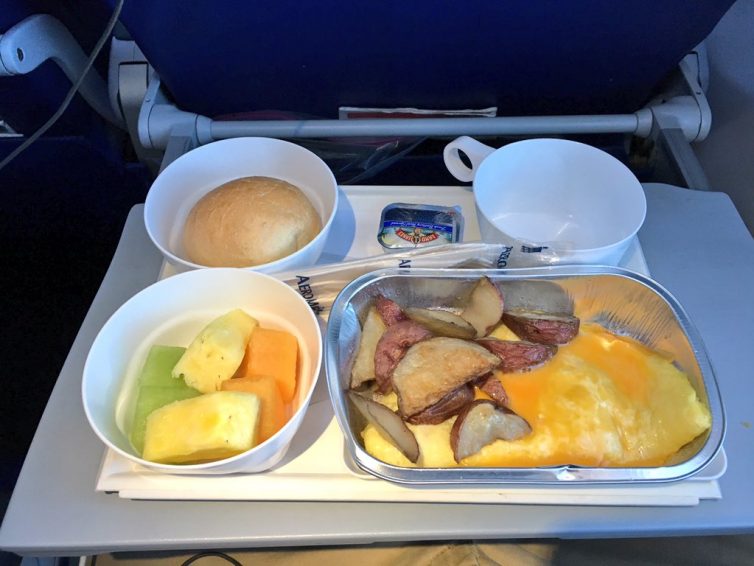 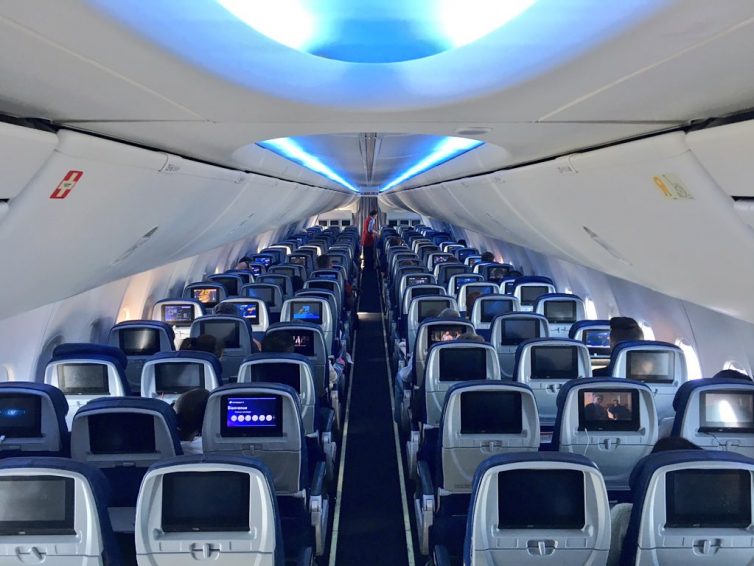 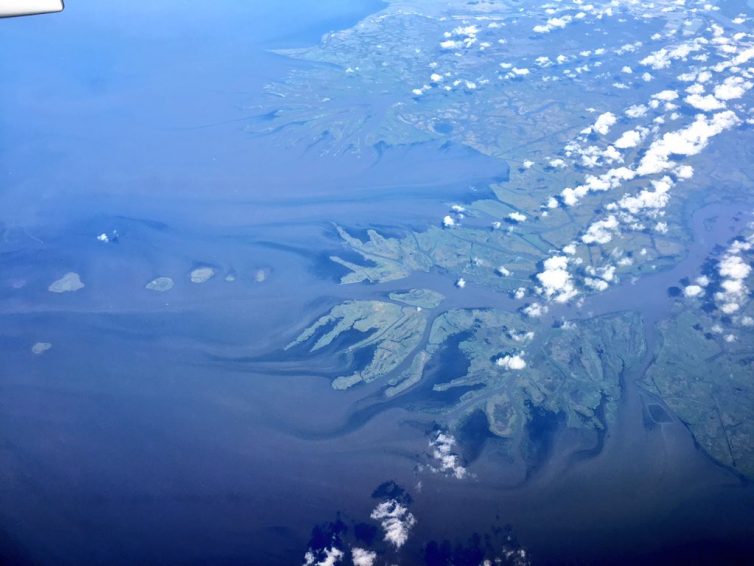 Thankfully, Aeromexico has been updating and upgrading its fleet for a number of years now, and the experience was top notch, even in Economy. A majority of its 737-800s feature fairly roomy seats, free seat-back entertainment, and USB ports for all passengers. As far as 737s go, this is about as good as it gets. Aeromexico is also in the process of installing Gogoâ€™s new high-speed 2Ku WiFi system, though it wasnâ€™t available on my flights.

Most middle seats towards the back of the aircraft were unoccupied, which makes just about any flight markedly better. Soon after departing JFK, a nice little breakfast comprising of an omelette, potatoes, and fresh fruit was served. It has been a long time since I enjoyed a free meal in Economy on a flight that didnâ€™t cross an ocean. Iâ€™d tell you about the flight home, but with a 60% load I had the entire row to myself and slept for the entire flight. 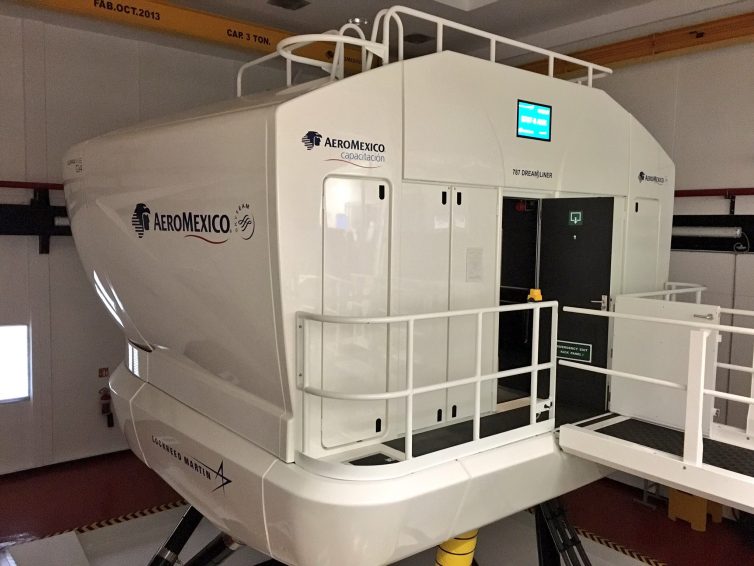 Ok, back to what you really came here to read about. The 787 simulator is located, unsurprisingly, at Aeromexicoâ€™s training facility just outside Mexico City International Airport. It sits beside a 737 simulator, as well as those of an Embraer E190 and E145. The 787 simulator is clearly the crown jewel of the collection. Because of its type D rating, Aeromexico leases much of the downtime out to other airlines that donâ€™t have their own.

Walking into the simulator felt more like walking into a spaceship than aircraft. While the flight deck of a 787 is already incredibly futuristic looking, the simulator adds a few extra pieces. Behind the regular pilot’s seat sits a control seat, flanked on either side by computer screens and control panels. Every function of the simulator can be controlled here; from location to system failures to setting the weather and turbulence.

After getting over my initial awe of the surroundings, I settled into the right seat while an Aeromexico senior pilot gave me a brief tour of the 787â€™s systems from the left seat. Our first flight would have us departing Parisâ€™ Charles de Gaulle Airport. We departed runway 26L with clearance to fly directly to the Eiffel Tower at 1,500 feet. This particular simulator has high level details for cities that Aeromexico operates to, and major attractions such as the Arc De Triomphe and the Louvre were clearly visible. Paris is nice, but Iâ€™m from New York, and I wanted to take the 787 for a spin around Manhattan.

With the push of a button, I and everyone in the simulator were transported to New York City on final approach to JFK runway 31L. The plan was to do a touch-and-go and then climb to 2,000 feet and head to Manhattan. I came in a bit high and by the time I touched down the end of the runway and beginning of Jamaica Bay was rapidly approaching, which is impressive since 31L is the second-longest commercial runway in North America. Oops.

Climbing to 2,000 feet I had free range of New York airspace without having to worry about traffic from those pesky LaGuardia and Newark Airports. I started a hard left turn over Central Park while the simulator tossed our various â€œbank angleâ€ and â€œobstacleâ€ warnings. The New York City skyline was fully rendered in this simulator and the radar screen lit up with things it would like to me steer clear of.

Shutting off one of two engines while 1,000 feet over Manhattan is typically something that is frowned upon in commercial airline operations. Normally, such an act would have required an immediate diversion to the nearest airport for an emergency landing. In Aeromexicoâ€™s 787 simulator, however, the pilot requested another lap around the island so that he could take some pictures of the buildings in midtown. Unlike most older aircraft, the 787 automatically compensates for asymmetrical thrust and requires no real adjustments from the pilots. Even though we were down to just one engine, we were able to carry on as if nothing had even happened. It was quite amazing how well the aircraft compensated for such a dramatic loss of thrust. Technology, man. 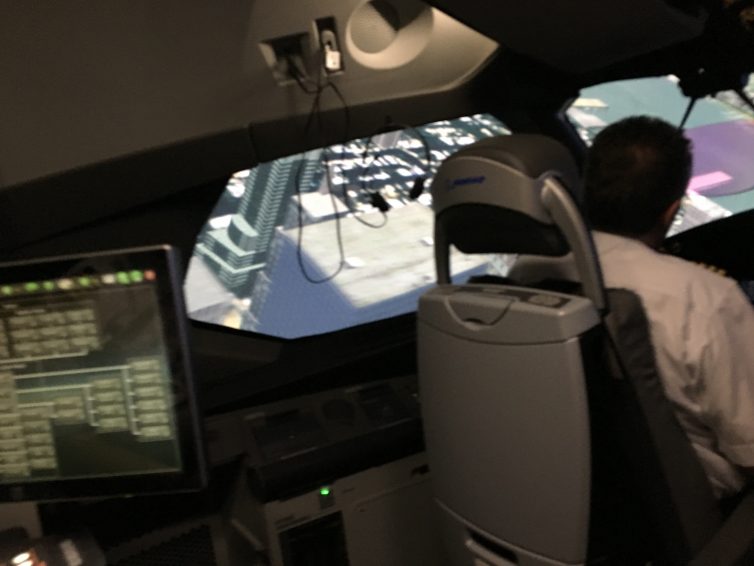 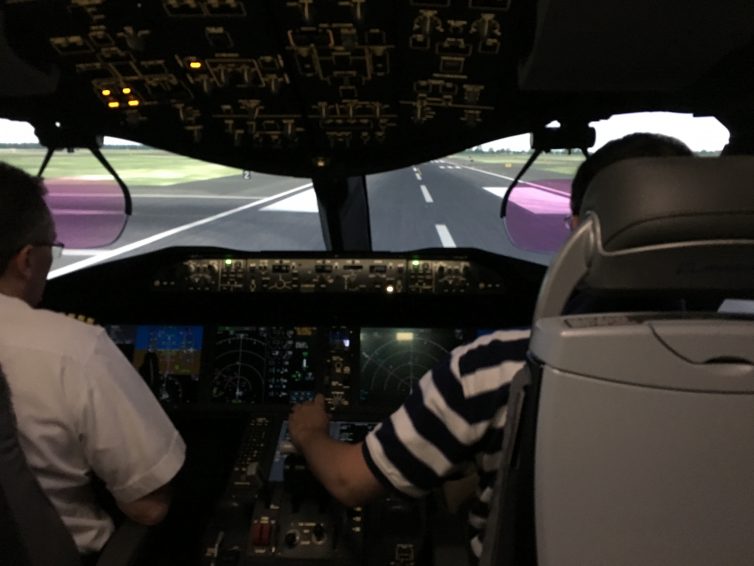 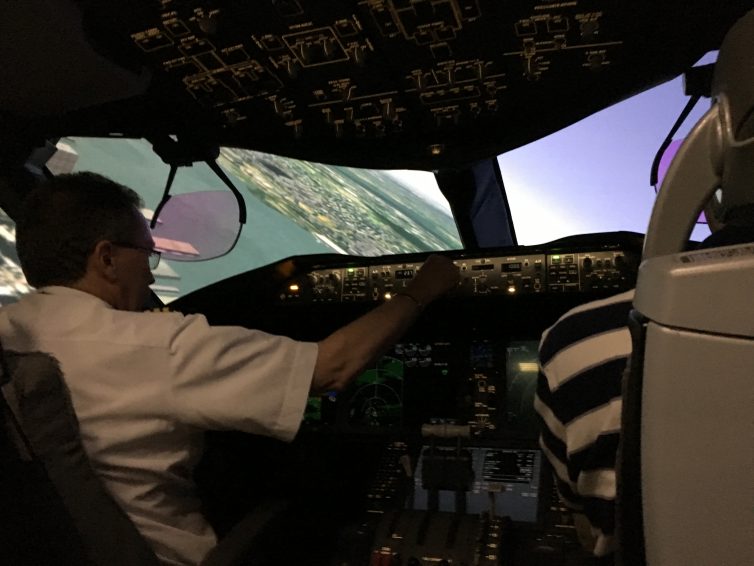 My time in the simulator was coming to an end, so I was vectored for a most peculiar approach to JFK 13L. Without all of those other airports to worry about, NYC airspace ainâ€™t so bad. Still, with only one engine producing thrust, I lined up the approach hoping for better results this time. While I came in at the right altitude thanks to the guidance of the VASI lights (visual approach slope indicator), we were a bit too fast and floated down the runway quite a ways. Eventually I managed to set it down, prompting the pilot to say â€œnow would be a good time for reverse thrust.â€ Good idea, captain. Good idea.

NOTE: The economy class flights were provided by Aeromexico, but all opinions, as always, are my own.

Well done, Jason – Nice presentation and excellent photos. A ride like yours in a commercial simulator is truly a once-in-a-lifetime experience. I had that privilege back in the 80’s when working for Flying Tiger Airlines (yeah, I’m old – get off my lawn.) We had a full motion, six window 747 simulator (believe it was made by Boeing) to support pilot training for our fleet of 20 747 aircraft. Had the rare pleasure of two 20 minute rides, and they were truly unbelievable rides that I sincerely wish all av-geeks could experience.

Thank you for bringing back some very exciting memoriesâ€¦

Funny enough (I say that loosely) that ANA pilots got a real-life one engine scenario on their delivery flight from Boeing yesterday. How timely of an article.