Some parts of the airline industry are very “cloak-and-dagger,” but once in a while something rears its ugly head and seems like it could be a bad thing, if only you knew what the heck was going on.  Such is the case now, as two of the largest airlines in the world, who also happen to be bitter rivals, American Airlines and Delta Air Lines, abruptly ended their interline agreement on September 15.

Why would direct competitors have such a partnership in place, and what does it mean for the flying public? 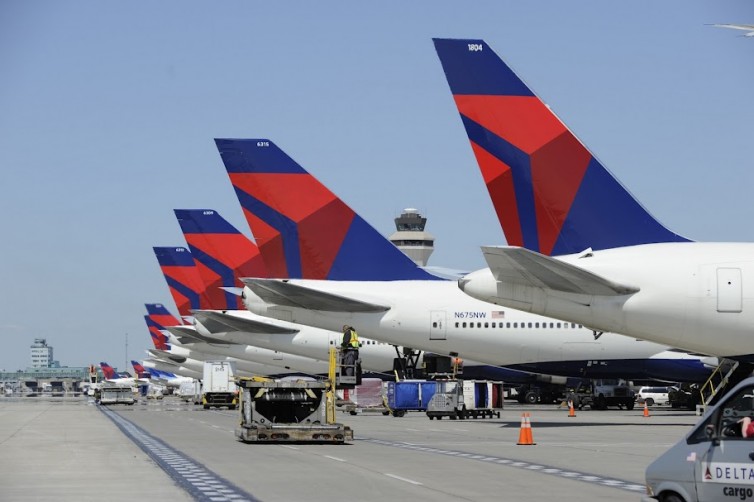 Interline agreements between individual airlines essentially allow one to have access to the other, whether it’s for seats, checked baggage, or cargo. While not completely secret, airlines don’t usually trumpet these agreements, unlike codeshare service where they actively cooperate and promote the partnership.

Think of it as an uneasy detente, where the companies will cooperate with each other when it’s mutually beneficial, for trading favors, or in times of need.

For passengers, interline agreements really only come into play in three main areas: 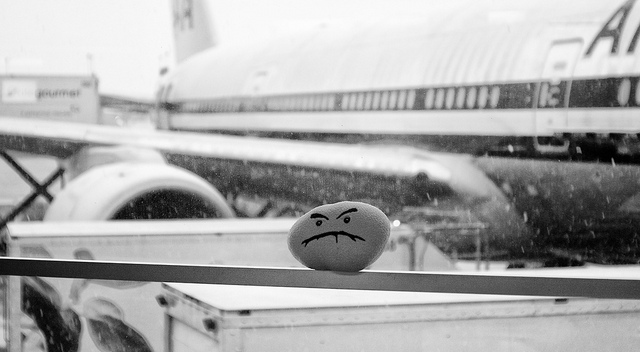 Up until recently, most of the major airlines had interline agreements with each other (with notable holdout Southwest, who interlines with no major carrier), giving customers additional flexibility in travel.

Now, American and Delta have called it quits. According to a company memo sent to frontline employees at American, while many airlines held a conference in April to negotiate new interline rates en masse, Delta decided to forge ahead by itself and deal with American directly. When a deal could not be reached, the airlines “mutually agreed to end” their interline agreement, effective September 15.

Some insiders have suggested that it was Delta who wanted higher rates, and American wasn’t willing to pay.

What this all means for the passenger…

As a result, the airlines will no longer have access to each other’s inventory, including during IRROPS, nor be able to transfer checked baggage over automatically.

Delta seems to be relying on their industry-leading performance figures to keep them out of potential delay and cancellation issues to begin with. American’s approach is in sheer numbers, indicating that they are relying not only on themselves as the world’s largest airline “with nine hubs and focus cities and 7,000 daily flights,” but also on the services of the world’s second-largest airline… United.

An interesting tidbit in that same memo from American:

“We also have options with our joint business and oneworld partners, plus we have an interline agreement with United, which has the second largest network, and many other airlines, such as Alaska Airlines.”

Mentioning your largest competitor in an internal memo as a “friendly” … that’s extraordinary.

Naturally, the carriers blame each other for the end of their relationship. American accuses Delta of demanding too high of a price, while Delta points to data showing that American places five times more passengers into Delta flights than vice versa.

American and Delta may very well figure out how to cooperate with each other again in the future, but for right now, it looks like they’ve parted ways, and it may be the passengers who bear the brunt of IRROPS.

http://VNAFlyer.blogspot.com
Video: The Magical Airport at Miniatur Wunderland in Hamburg
Requiem For a Trijet Masterpiece – The Lockheed L-1011
3 Comments

Honestly all of them are just big crybabies anymore. I sincerely hope that the new guy in charge of UAL decides to stay out of the Open Skies flight. If I could fly a Gulf Carrier transcon here…I would. I bet it would cost the same or less and the service 5 times better. This is coming from a long time NW/DL PM.

Seriously bad news for both carriers and even worse for the public. It may be tolerable now, but when IRROPS and weather hit, they will annoy a LOT of otherwise loyal customers.

Not clear in the article, but does this also mean that these two ********ers will no longer ‘inter-line bags, even during **Normal** operations? If true, that is going to P.O. far more flyers. Frankly, interline transfer of bags during normal operations, should be mandatory. We all know of situations in which our ticketed routes leave us No Choice but to use both carriers. Now, we have to reclaim and re-check our bags? Grr!

I’m not too sure my mother would approve of such language! But to answer your question, indeed you are correct: the end of this interline agreement spells the end of all interlining aspects, including the transfer of luggage between the airlines, even during normal operations.

Taking it a step further, one can no longer even buy a single mixed-airline ticket with these two (e.g., fly AA one way, and return on DL, or fly AA to a DL hub, then connect to a DL flight). These would have to be purchased as two separate tickets… and watch out for online travel agencies such as Orbitz or Travelocity, as it may appear that you purchased one ticket, but in fact they will have created a single itinerary within their system (with their own reservation number), but purchased two separate tickets on your behalf.