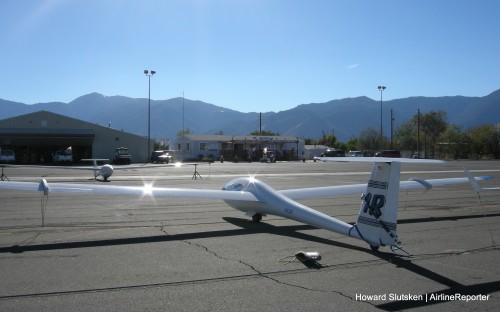 The LS-4 gleaming in the sunshine on the Soaring NV ramp, at Minden-Tahoe Airport.