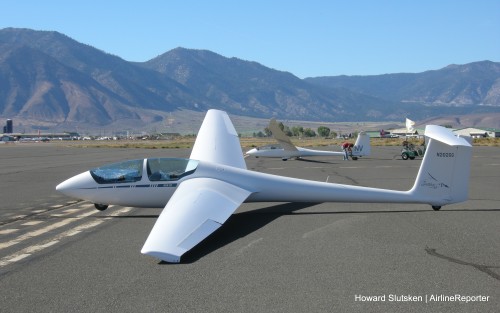 Soaring NV’s ASK-21, with a Duo Discus in the background, at the Minden-Tahoe Airport.