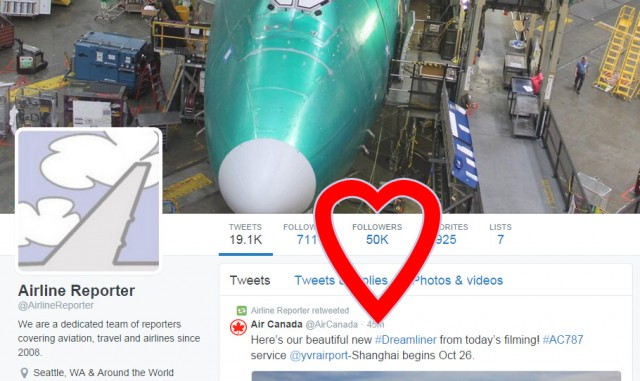 We started on Twitter back in May of 2009. Not really an early adopter, but not late to the game either. Most airlines were not yet on Twitter, and neither were Boeing nor Airbus. I remember being hesitant because I really didn’t get the concept, but people kept telling me that I had to be on it. Now it is a key place where we get our information and leads for stories and it is the go-to source for breaking news.

Getting to this point has been a big team effort. Not just our amazing writers who are producing the content, but others like @NYCAviation, @AirwaysNews, @RunwayGirl, @JonOstrower, @AirlineFlyer and many more on Twitter who have been following, supporting, and sharing our Tweets for years.