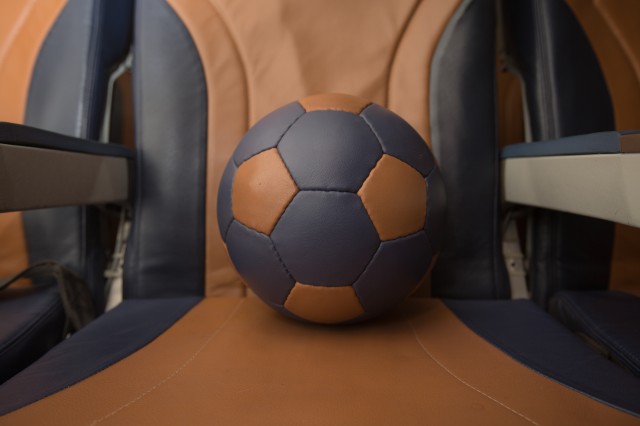 When you think about recycling in the aviation industry, most folks think of the aircraft that are scrapped andÂ recycled. Â Some airlines will recycle the cans and cups onboard that get used, but that seems to be the exception rather than the rule. Â However, what about something on a different scale? Â Two programs have been launched this year that take different approaches to using up leftover materials and recycling them into something useful – something that will help people, not just the company’s bottom line.

In July of this year, Southwest Airlines launched their â€œLUV Seatâ€ program, or as the motto puts it â€œRepurpose with a Purposeâ€. Â Labeled more as “re-purposing” than “recycling”, the program is designed to take the leftover leather from Southwest seat refurbishments and turn them into usable goods.

The first of those materials is heading to Africa, where seat leather will be turned into soccer balls, shoes, and other items. Â They don’t call it “recycling” – they call it “up-cycling”. Â Turning unwanted items into higher value products. 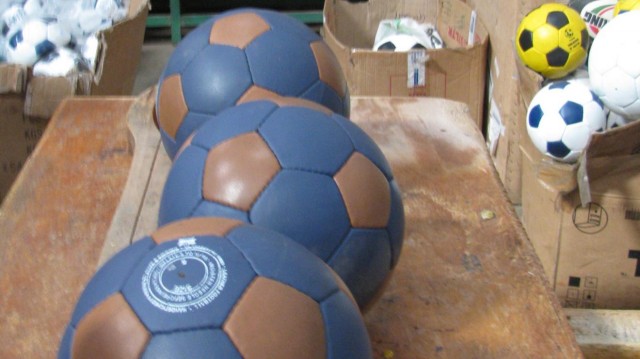 As “LUV Seat” continues on, other organizationsÂ will benefit from the program as well, not only in Africa but here in the USA. Â Looptworks, a company in Portland, will turn some of the excess leather into high quality merchandise and will help Southwest celebrate the end of the Wright Amendment later this year (which restricting flying to and from Dallas Love Field). 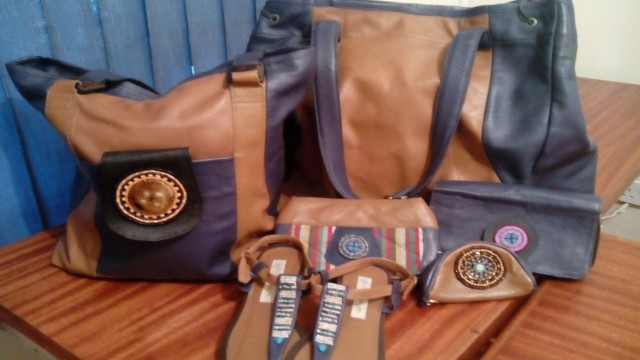 But Southwest isn’t the only company using leftover plane parts. Â Boeing has recently partnered with Russell Athletics to use up 787 carbon fiber trimmings to produce athletic equipment.

The carbon fiber products will be used in their new range of shoulder pads for football players, appropriately called CarbonTek. Â Russell Athletics doesnâ€™t have the massive footprint they had in the 90’s when they had the contract to supply to all the NFL teams (which is currently held by Nike) however they do still supply to some university teams and even little league teams. 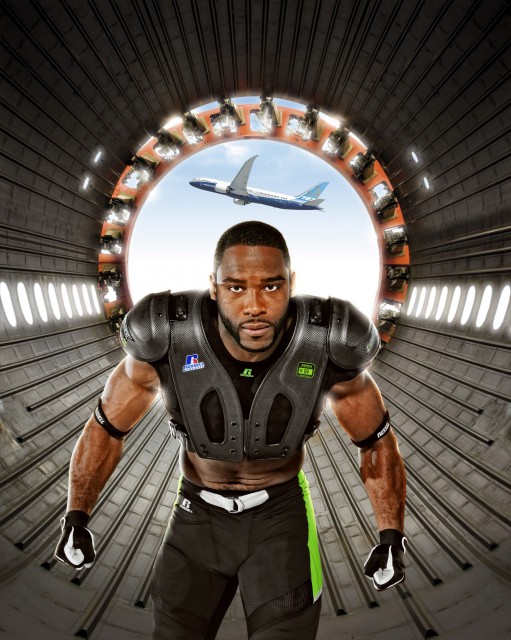 Boeing is a big supporter of projects that can helpÂ the community and in some ways this is one of them. Â I am sure there is a large financial benefit of being able to sell the material to the athletics companies, however imagine what good that will do for people out there.

Carbon fiber is extremely strong, and as many people around this country are football fans, I am sure they donâ€™t want to see their favorite player, or even their child injured. Â Imagine being able to protect your child with some leftover aviation parts as they play football. Â That sounds pretty good to this AvGeek!

Recycling or re-purposing, whatever you want to call it, are fantastic ways of taking items that are no longer wanted and putting them to good use.

Each piece of discarded material that doesnâ€™t make it to landfill surely makes for a better environment, wouldn’t you agree?

LUV THIS! Heck, I couldn’t care less about sports, but I’d dig one of those sweet soccer balls.

Please tell me where or how to purchase these products. What a great idea