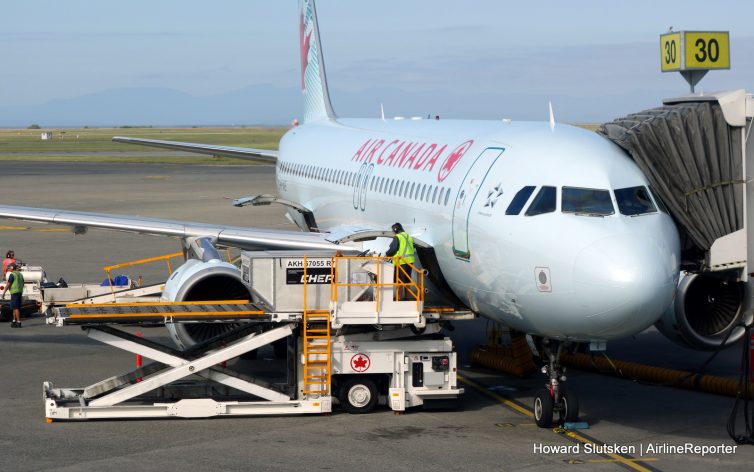 Air Canada A320 on the ramp at Ottawa airport