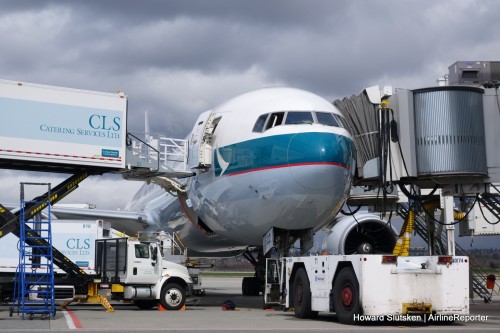 A Cathay Pacific Boeing 777-300 in the midst of a turnaround at YVR.