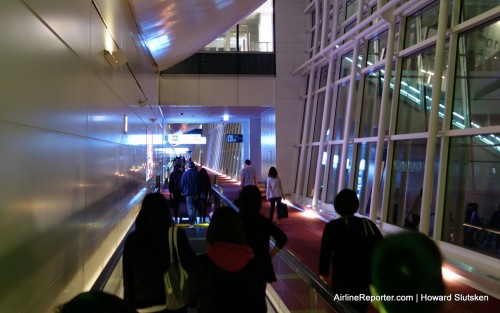 It was a bit of a hike to Immigration and Customs at HND, but it was good to walk after a 10-hour flight.