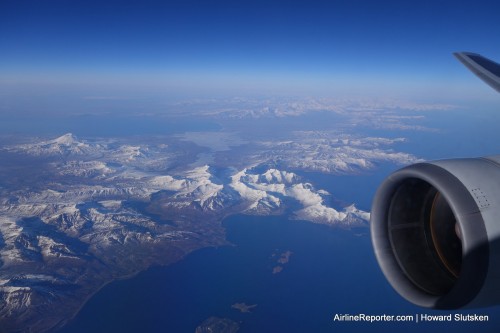 An amazing view of Kodiak Island, on the south coast of Alaska.