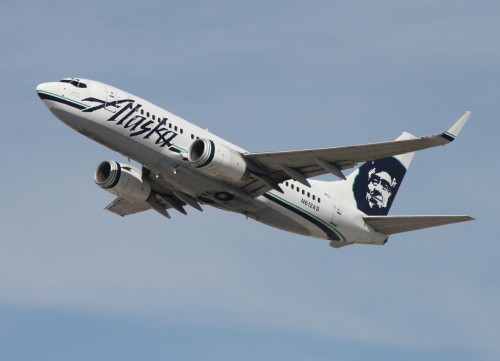 Press Release from Alaska Airlines: In response to sequestration budget cuts, Alaska Airlines is recommending that customers check the status of their flight before leaving for the airport and allow additional time to check in when traveling to or from Chicago, Fort Lauderdale, Los Angeles, Newark, San Diego and San Francisco. The Federal Aviation Administration plans to furlough air traffic controllers starting Sunday, which the agency predicts could cause extensive ground delays ranging from 50 minutes to two hours and a reduction in flight arrivals of 30 to 40 percent at certain airports.

Alaska Airlines does not intend to pre-cancel any flights. The carrier is recommending that customers arrive at the airport two hours before departure for domestic flights and three hours before departure for international flights. Connection time between flights, especially when arriving from Mexico or Canada, may be challenging as travelers will need to clear customs and immigration. Travelers booking future flights are encouraged to allow adequate connection times in case air traffic delays continue.

“While we hope the impact of these FAA furloughs does not cause massive flight delays across the country, it is with an abundance of care for our customers that we caution themâ€”especially travelers flying to or from Los Angeles, San Diego and San Francisco where we have several daily flights,” Alaska Airlines Chief Operating Officer Ben Minicucci said.

Minicucci said the airline has contingency plans in place to divert flights and shuttle passengers to and from nearby airports should widespread delays occur. The airline will allow passengers who miss flights to rebook their travel when space is available, with no increase in fare or change fee.

While the FAA says ground delays are expected to impact six airports Alaska Airlines serves, rolling delays could affect the carrier’s entire 95-city operation and cause crew scheduling issues that would force the cancellation of dozens of flights.

The airline is encouraging the public to share their feedback about the FAA’s staffing cutbacks at www.dontgroundamerica.com.

Alaska Airlines operates more than 800 flights a day including an average of: