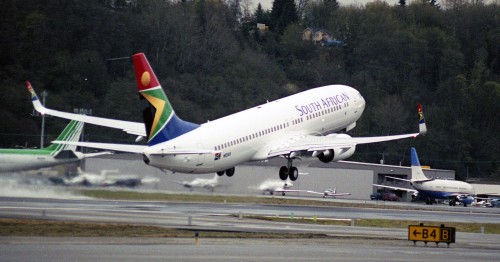 The first Boeing Next-Generation 737 with production-installed winglets in a joint venture with Aviation Partners, rolled out of the paint hangar in Seattle on March 25, 2001 and first flew shorty thereafter. This Southwest Boeing 737-800 was the first to have them installed at the Renton plant. The winglets have now become ubiquitous on the 737, especially the NG where 95% of customers opt for them at the time of order.
Image courtesy: Boeing