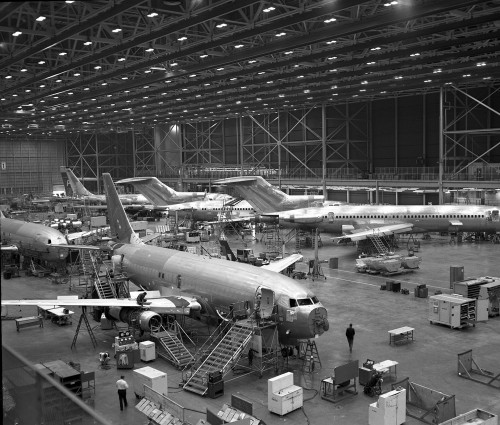 From 1970, this is the first 737 to be produced at Renton. After 271 Boeing 737s were produced at the Boeing Field factory, production of Boeingâ€™s small twin switched over to Renton, joining 727s and 707s at the site.
Image courtesy: Boeing