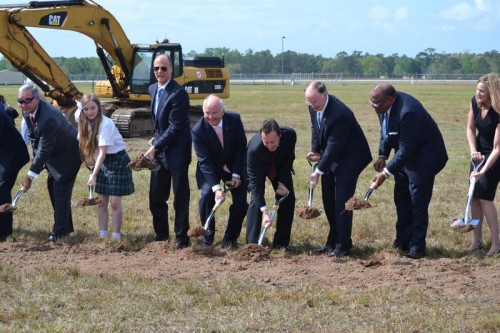 The ceremonial groundbreaking for Airbus’ U.S. A320 Family final assembly line ’“ which occurred 8 April 2013 in Mobile, Alabama ’“ was marked by Airbus President and CEO Fabrice Brgier (fourth from right) and EADS CEO Tom Enders (sixth from right), along with state and national dignitaries, industry leaders and members of the local community