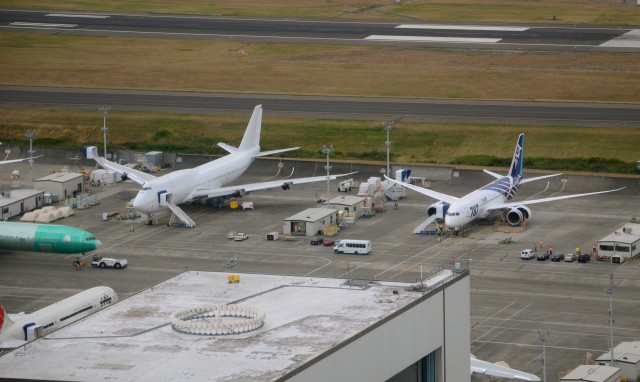 https://www.airlinereporter.com
Airline Livery of the Week: Shenzhen Airlines – Why Would They Change Their Livery?
Photos and Info: Boeing Delivers Their First 747-8 Intercontinental
12 Comments

Given the registration, it is most certainly going to Qatar Amiri.

From Qatar, that’s a ride to just about anywhere. Of course, any of the aircraft in that picture could do that, but not with the floor space — that thing’s gonna be a high-speed palace of note.

We are told it is supposed to be in March sometime.

I can promise you that Lufthansa does not have a Boeing 747-8I yet.

When you find errors on Wikipedia, you can correct them.

Great stuff David! Wish you had live streaming going…that would be cool. 🙂

Lufthansa has been operating the freighter version of the 747-8 for a little while now. As David mentioned, they do not yet have a 747-8I. No need to change anything on Wikipedia, folks – just be more descriptive with your questions / answers. 🙂

Lufthansa didn’t order 747-8F aircraft.
The second delivered 747-8I will be the first for Lufthansa (D-ABYA)and will become the first active 747-8I.