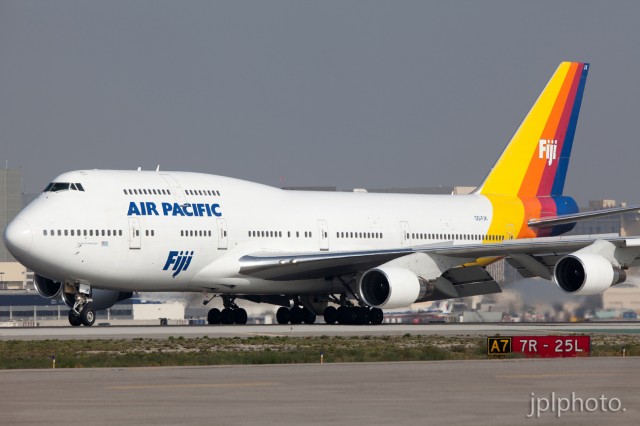 That must be the only airline to have economy class on the upper deck ?

AFAIK there are a couple of A380s on order that will be delivered in an all economy class configuration. Considering only currently flying planes I think you are right though.

Also Transaero Airlines has it

It just jumps out at you. What a beautiful bird!

If only Air Pacific would revive the reef shark logo….