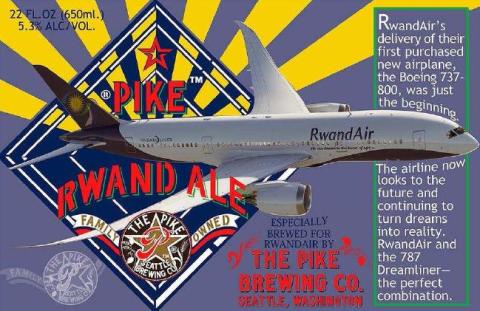 RwandAir gets their own Pike RwandAle from The Pike Brewing Company.

During their first visit, they were very impressed with our local beer selection. Boeing made some special arrangements and during RwandAir’s most recent trip, they were invited to dinner at the Pike Brewing Company. The airline received quite a surprise when the brewery came out with a special-label beer, which not only included the name “RwandAle,” but also an image of a 787 in their livery (which looks amazing by the way).

As previously reported, the 787 Dreamliner is in the airline’s future plans and although it might be a while before they have one in person, they can at least enjoy some beer with a 787 on the front.

’œWhat a special day for our airline — we now have an airplane and an ale in RwandAir livery!’ John Mirenge, RwandAir CEO stated. ’œWe came to Seattle to pick up our second airplane, but we are leaving with a newfound friendship and a great partnership we can bring to the people of Rwanda,’ he said. ’œNow all of Rwanda can see the great partnerships we have created in Seattle — such a great place with great people.’ 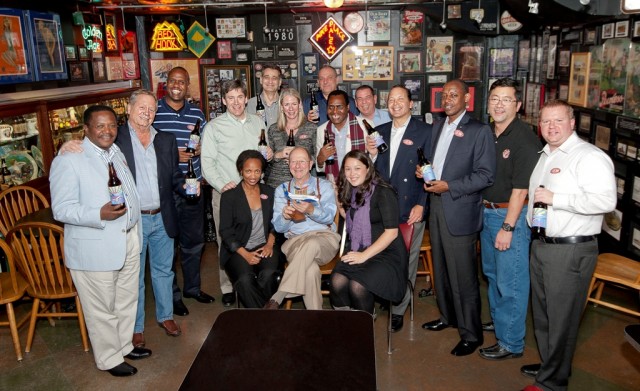 Members of RwandAir, Boeing and Pike Brewing Company celebrate with a toast. Photo from Boeing.

The beer label reads: ’œRwandAir’s delivery of their first purchased new airplanes, the Boeing 737-800, was just the beginning. The airline now looks to the future and continuing to turn dreams into reality. RwandAir and the 787 Dreamliner — the perfect combination.’

Now, a new life goal has been hatched… drinking a RwandAle on RwandAir’s first Boeing 787 Dreamliner.

This just goes to show that an airline, like RwandAir, and a company, like Boeing, are more than just planes and numbers — they are really about the people… cheers!

https://www.airlinereporter.com
My Quest to Ride on a Beechcraft Starship: The EPIC Flight
Airline Livery of the Week: Cebu Pacific Air
4 Comments

Rally enjoyed reading about your Rwanda trip, please keep posting if you are invited to more aircraft deliveries around the World! 🙂