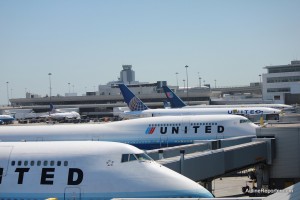 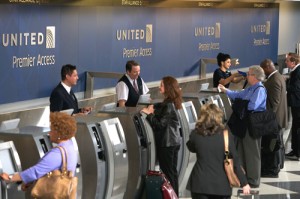 I really respect your coverage of all things related to the Airline industry, but I do take issue with your obvious bias toward United Airlines. The series of events that occurred this week are inexcusable.

United was foolish to abandon both accounts in favor of @United. They could have simply chosen to change one of the account names. They could have also implemented a Social Media strategy to help followers transition over to its desired account. Instead, what they did was play copycat to other airlines by deciding to adopt the @United handle. Not only did their short-sighted approach fail, they irritated the majority of their customers. They failed to consider that customer loyalty is a choice not a right.

With regards to the Sept. 11th flight numbers #93 and #175, this is inexcusable as well. If nothing else, this is not a computer system error. Computers are programmed to function. I’m certain the error was unintentional, but even United should be aware of sensitivities pertaining to its brand.

Regarding the issue of the placement of a United ad near Ground Zero, placing blame on the agency for the error is unacceptable. Again, the burden falls on United to protect its image. Agencies are interested in getting paid, not taking care of brands. I’m sure United had visibility into the ad, as well as discussions with the agency regarding placement of the ad. The people involved with the ad could potentially have been too young or immature to understand the impact of Sept. 11th when it happened. 10 years later, it never occurred to these individuals that placement of such an ad might spark some backlash.

What we often fail to see in a product or company effort is that the end result often reflects how the company operates internally. There has been lots of issue around the United livery. To many, myself included, United simply took the Continental livery and put the United name on it in Arial font, and decided to call it a new brand. It’s no surprise to see numerous miscues happen all at once with a company who took such a thoughtless approach to their image, and is widely out of touch of the image their customers have of them.

Perhaps this series of events will serve as a wake-up call to United. If not, this merger will surely fall short of its goal, or potentially fail. One simply can’t excuse what a company has brought on itself. You, however, continue to make excuses for United.

It is complete BS to blame United for the ad agency placing an ad on a subway stop. Do you expect United scouts to go out and select the location for their thousands of ads? No, you pay an ad agency to put ads up, this one falls squarely on the shoulders of the ad agency. I agree with most of the other stuff you say.

And I take issue with your obvious bias against United Airlines.
While this series of events were unfortunate, United made
every effort to correct these errors. There is a lot of heavy
lifting in accomplishing this merger. Errors will happen.

Meantime, enjoy your experiences with US Airways and Delta.

They certainly were perfect.

I’m sorry, did I make mention of either US Airways or Delta? Did I refer to any company being perfect?

Apparently United committed enough miscues in one week that it was deemed newsworthy, even by this very site. If none of it is an issue for you, then it is what it is. But, let’s not behave as if these issues could not have been prevented, or that no consequences should be realized from it.

By the way, it’s my United Mileage Plus miles that have taken me to several destinations around the world. That doesn’t mean that they should not be accountable for their errors.

i will do anything not to use this airline . i was treated like garbage by a flight attendent.i an blind in the left eye he made a crack to me ., i called him mr. slater and told if did that again he would have me thrown in jail .never again continal
james r patton lake jackson texas 77566

I have freinds in the group at United that is responsible for the numbers. The problem is that the numbers came in via the Continental Systtem. Checks were in place on the United side to prevent United operating flights from ever using the 93 and 175 flight numbers ever agian. Unfortunately the systems for codeshare are different and not as sophisticated. An unintential numbering by a CO program slipoped thru the UA systems as they were not designed to find these numbers. There is a lot of work but too few employees make the task very difficult. The employees of both companies are very sorry and the nuumbers were used. The United employees lost ‘family’ on those flights and are very upset. However, making a sory out of it as if it was an intentional disrepect is even more disturbing. I guess the media has never made a typo or missed a chance to edit a story.