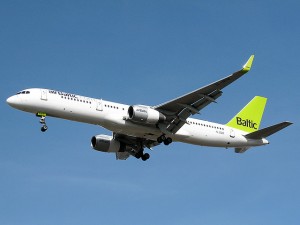 Their livery is simple, but it works. The tail, winglets and landing gear doors go well together all being green. It does seem odd with the engine cowls only being silver in the front.

https://www.airlinereporter.com
VIDEO: A Look at Boeing Planes Never Made in the Archive
Taking an Interior Tour of the Boeing 747-8 Intercontinental
1 Comment