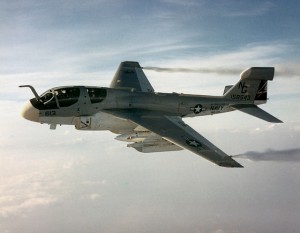 My father flew the EA-6B and retired while serving with VAQ-134, the Garudas.

Today is Veteran’s Day and hopefully each of us can take a moment to thank a Veteran and think about those who are spread out around the globe who are serving in the military. No matter your stance of war, there are many people who have and continue to make sacrifices to served in American armed forces. If you know a Veteran, give them a call and tell them you appreciate what they have done. Better yet, give a Veteran a hug.

I grew up as a “military-brat,” but was lucky to not have to move since the aircraft my father flew, the EA-6B, was only stationed on Whidbey Island and in Japan. The EA-6B is being phased out and being replaced by the EA-18G Growler.