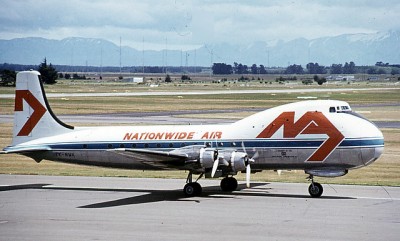 https://www.airlinereporter.com
VOTE! United Airlines Will Introduce a Retro Livery, Which is Your Favorite?
Panoramic Photo: Paine Field in the Snow… With Cold Boeing 787s
7 Comments

0The kooks! Do you know0

Great photo…we should get one, paint it with current BA or United livery on current 747s, and fly it around at airshows!

I remember British Air Ferres used to fly them. I think they were based at Southend, but their main route was between Lydd in Kent & Beauvais outside Paris.

Used to be two of these parked in HNL. Till about mid 90s? Made us appreciate our elderly 741s every time we taxied by.

In the 1960s my uncle worked in the spray shop at Southend Airport where they built 3 Carvairs, nos. 1, 11 and 21. I was fortunate enough as a youngster, to go aboard one of them as it was being fitted. I stood on the flightdeck before the cockpit was completed. The car hold seemed enormous to a young kid. I was also there the day it went for it’s first test flight.