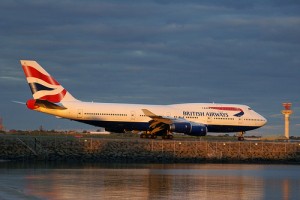 Making sure children flying under the care of an airline are not preyed upon is extremely important. So is making sure that a person’s individual rights are not taken away from them and made to feel like a criminal.

Recently, passenger Mirko Fischer took British Airways to court for forcing him to move seats because he was sitting next to a young child.

Fischer originally had the window seat, but switched with his pregnant wife, so she could see out the window (what a gentleman). This changed caused him to be sitting next to a young unaccompanied minor and the flight crew made him change his seat. The airline told him that they ban male passengers from sitting next to children they do not know.

The passenger did not feel this treatment was right and left him feeling, “embarrassed, humiliated and angry.” He took British Airways to court for “loss of damage and injury to his feelings.”

“This policy is branding all men as perverts for no reason,” Fischer said. “They accuse you of being some kind of child molester just because you are sitting next to someone.’

British Airways is currently reviewing the policy, but still states the rule is not discriminatory.

Parents put their children into care of an airline to make sure they are kept safe during their flight. But is it ok to keep all men away from children because of this? I say no.

If the flight crew has any reason to assume that a passenger is not acting appropriately, then yes, it is their duty to move the child. However, it is not ok to discriminate against a passenger just because of a fear of inappropriate behavior. Would it be ok to not sit a child next to someone of a particular race or religion because they are more likely to molest a child?

I have heard of other airlines having similar policies. The concept of these policies is to keep children safe, which is very important, but not at the expense of discriminating against other passengers.

https://www.airlinereporter.com
Will Nintendo Wii be Used in the Cockpit of the Future?
Virgin America Flies to Toronto, Mexico is Next
16 Comments

Very good point Dan. It just goes to show it is probably more about perceived risk versus actual risk.

As a 14-year old who flies alone domestically a lot, I don’t often feel intimidated or threatened by other (male) passengers who have assigned seats next to me. Sure, when picking a seat, I try to aim for a window where the middle seat is unoccupied, but that’s simply for comfort, not because I’m scared to sit next to men or women for that matter.

I’ve sat next to very engaging passengers who made for an entertaining and fun flight, not an intimidating one.

Thanks Taylor for your insight. When I was your age, I talked to a lot of different strangers, male and female with no concerns. My parents taught me when things were inappropriate and flight attendants always kept and eye out for me. If a male passenger had to move b/c of me I would feel so bad and guilty.

I can understand his frustration, but as a single man (and a gay one at that), I don’t want to sit next to children. There are those still running about with the notion that gay men are all pedophiles (actually most of them are heterosexual), and therefore I do NOT want to be put in a position where someone suggest that I made an inappropriate remark or gesture, much less touch an unaccompanied minor and the ensuing mud slinging that would occur.

I guess the question begs to be asked: Why didn’t they move the child??

You bring up a very good point. I probably would have been easier to just move the child. Maybe the flight was totally full or someone was on some power trip.

Honestly, I am always apprehensive talking to any child who I don’t know and that is really sad. How much information is not being passed down to the next generation due to fears of child abuse?

I am always up for safety, but lately airlines had been getting riduculous. In many of my flights there has always been a few seats in first class empty, it would be easier to change the child up front after the aircraft doors are closed. You don’t need to tell anyone why are you changing the inaccompany minor and it would save the airlines a law suit and a passenger a humiliation, and if someone ask the flight attendant just need to say “so I can keep an eye on him”. I think this case is worst than profiling, it is clearly gender discrimination (treat every male as a pedophile). I saw the other day a very funny commercial making fun of the airlines safety measures of today, it is very exagerated but with all the things I’ve been hearing lately, maybe not that far off.

If BA was that scared they should have put the kid in business. Their business seats are completely separate from each other – they should pay the the price for their (in my humble opinion) well intentioned but badly implemented rule…

I agree. If an airline wants to have that policy, they should be the one making the sacrfices not passengers.

But wait! Since research shows that men are a few thousand times more likely to molest than a woman, “An estimated one in 20 teenage boys and adult men sexually abuse children, and an estimated one teenage girl or adult woman in every 3,300 females molests children.” (Child Molestation Research and Prevention Institute, retrived Friday, August 13, 2010, Early Diagnosis & Effective Treatment, http://www.childmolestationprevention.org/pages/tell_others_the_facts.html) how is the policy discriminatory? Discrimination refers to someone’s treatment based solely on gender, but this policy is based on much more than that!

Even if more men statistically molest children, to say one whole sex can’t do something is absolutely discrimination based on gender.

Something no one on here has mentioned, and may not know, is that shockingly most airlines seem to make it a policy to seat small children seperately from their traveling parent! Booking two tickets at the same time, providing ages, then be given seating 19 rows apart is actually a common problem! There is no law against it, and airlines actually tell parents, “maybe another passenger will trade with you.”
http://blogs.babble.com/strollerderby/2010/02/17/airlines-to-parents-no-you-cant-sit-with-your-kids/
http://consumerist.com/2010/02/us-airways-uninterested-in-seating-families-together.html

But they are not saying one whole sex can’t do something; they are not keeping men from flying on planes that fly children, or even keeping them from sitting in sections where children are, they are only not seating them next to very small children that are unknown. I can’t see that exactly as discrimination, it seems along the same precautionary vein as the DPS not allowing 15 year olds a divers license. Many 15 year olds can drive great, but because research shows that many do not, they are disallowed the opportunity.

I can go on about this but overall what a rediculous policy. I mean they are on an aircraft, what is a “man” sitting next to a child going to do! The courts were absolutely right and set the right standard. What rediculousness, a way too conservative and completely pointless rule.

What are the other airlines using this stupid rule?
I want to be sure to never fly with them.