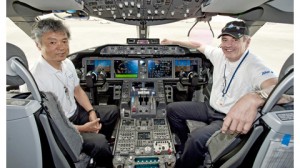 https://www.airlinereporter.com
Air New Zealand Will Let You Text and Email (but not talk) On Your Cell During Flight
CONTEST: How many flowers does it take to lei an Hawaiian Airlines Airbus A330?
3 Comments

What do you mean by the plane’s certification?