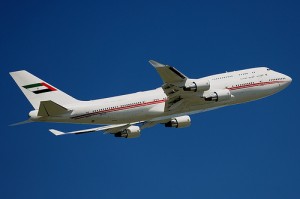 David you really need to get another job. You seem to be happy that the young man is in a “cell”. Maybe a few days out of work and just maybe you will learn to write with some compassion. I will not read any more of your stories I have a good feeling of the type of person you are. I”ll leave it at that.

Mike,I am sorry if I might have offended you in anyway, but I am confused on your issues with the blog.

This gentlemen took a HUGE risk flying on an airplane like he did. He is very lucky to be alive. I am commenting that he is lucky to be in a cell versus seriously injured or dead. If he had been killed in this situation, the tone of the blog would have been very different (ie no humor).

No matter his reason for getting out of Romania (I am aware of all the political issues surrounding this), climbing on the landing gear of an aircraft is not ok and he should be in jail. What if it was a fully loaded Boeing 747 with 400 passengers and a malfunction occurred causing some of those passengers to be injured or killed?

If you take the time to read my other blogs you can see I am a very compassionate person and like to also have a sense of humor.

It doesn’t seem to me that he is happy he is in a cell but maybe happy that he is not in the hospital. But on the other hand this type of behaviour should be punished. He could have caused problems with the plane landing safely and endagered the lives of passengers and crew. I have been unemployed and there are better ways (legal/safe ways) to find transportation to a job. Risking not only your life and the lives of others is not acceptable.

Wow, Mike Porter, you should comment with some compassion. Just because someone doesn’t agree with your line of thinking on something they should “get another job”? Grow up.

Wow, I feel bad for the guy. But that was a dumb move on his part. If he would have read your blog, he would have known the survival rate and probably wouldn’t have done it. I disagree with Mr. Porter; I don’t seem to get the same negative tone that he apparently gets from the last statement. If all that Heathrow officials are willing to provide on the young mans condition is that he is in a cell, then it should reflect negatively on Heathrow, not on the airline reporter. A bit childish in Mr. Porters’ part to simply disregard your entire work as a whole based on one sentence. Then again, to each their own.