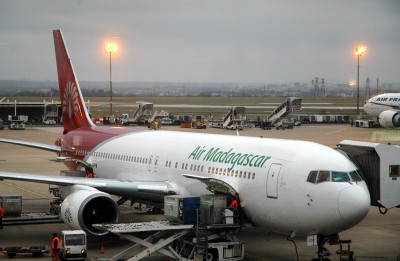 Can you take a guess where Air Madagascar is based? If you guessed Madagascar, pat yourself on the back. If you knew its headquarters is located in Antananarivo, Madagascar, give yourself a double pat. The airline’s official name is Socit Nationale Malgache des Transports Ariens, but goes by “Air Madagascar” for short (good thinking).