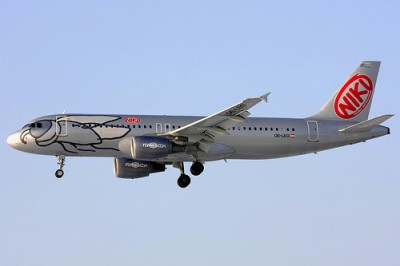 https://www.airlinereporter.com
Domestic Dispute Results in Pilot Threatening to Crash Plane
VIDEO: Fire Testing on a Mock Aircraft That Appears to be the Love Child of a 747 and DC-10
5 Comments

This is easily one of my favorites.

I thought that was too obvious. They are catchy at least!

I find something remotely disturbing about the cartoon fly on the plane, as we’re all taught to believe that they’re filthy and carry disease. But it is cute in a gross kind of way, I suppose.

I think they make it cute enough? But not really cute enough to be a mascot, but looks like their branding is revolved more around their name.