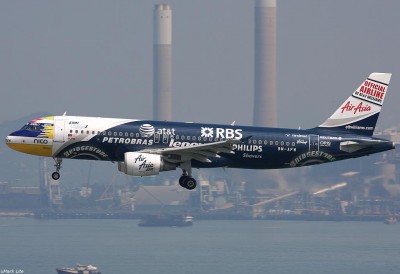 @jbarrett88 on Twitter commented, “it looks like the free market just threw up all over it.” Heh, it is hard to disagree, but it is a unique livery that definitely gets some attention.