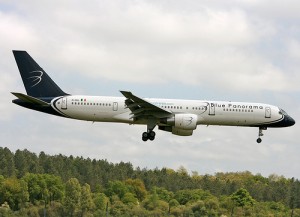 Blue Panorama Airlines sparked my interest this week for the livery blog, not only because of its unique name, but also its unique livery on the nose of their aircraft.

https://www.airlinereporter.com
Northwest Airlines (aka Delta) fights for the name “northwest”
Fly Unlimited Times on JetBlue for $599 for a Month