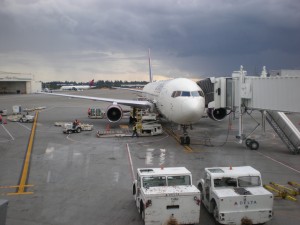 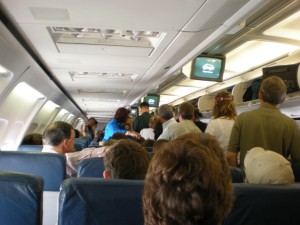 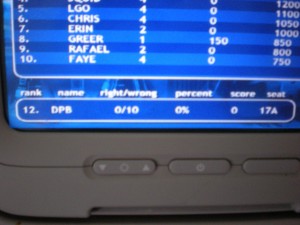 I want to complain about the consolidating of flights by airlines. I was suppose to fly out on Delta from Lagaurdia on July 2nd to Jacksonville, fl. Instead my flight was canceled due to “weather”. I took a look outside and it is partly cloudy with very light drizzle. I call my Mother in Jacksonville to see what the weather was and she said it was sunny. The next flight was the next day. That means I would have only one day with my family before I had to leave to come back. Delta messed up my whole holiday weekend just so they could make a few more bucks off me. I know the airlines are in tough spot, but to do this on a holiday weekend and ruin patrons holidays is beyond reproach. I don’t think I am ever going to fly Delta again. I don’t think I can count on them.

Jason – all airlines are affected by weather. If you think United, American, JetBlue, etc. are immune to weather delays, you’ve got another thing coming. Just because it’s sunny in LGA and JAX doesn’t mean there isn’t a weather system downstream in the network causing the delay.

I know for a fact JetBlue did not have delay much less cancellations. I had a friend who used them to get down there with no problem unlike Delta. It was not just my flight that was canceled; it was all flights people going to Birmingham, AL Cincinnati, OH Fort Lauderdale, Fl. All flights on the east coast were canceled due to weather. While other airlines were flying Delta was not. Is Delta the only airline experiencing bad weather?

Hi, you guys might want to check out my latest Delta experience: