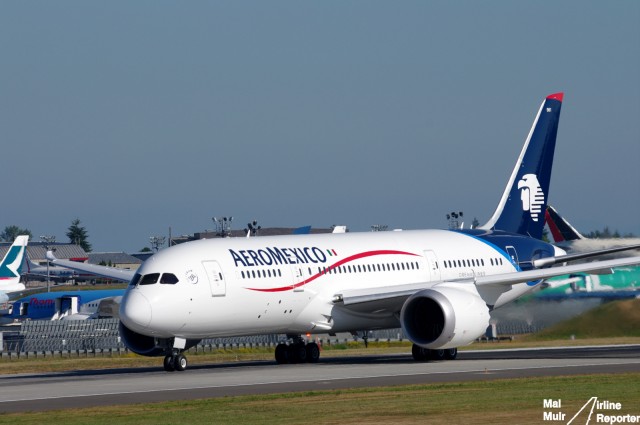 Aeromexico’s first 787 Dreamliner [ZA561] took to the skies yesterday and I was happy to get the arrival back into Paine Field, after the aircraft’s first flight. Skyteam’s 2nd 787 [China Southern is the other] is now up and airborne — who is next?