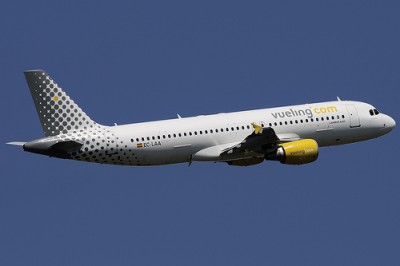 Vueling Airlines is  based out of  Barcelona, Spain. It serves 23 destinations and has a fleet of about 35 Airbus A320 aircraft. It was founded in 2004 and flies to major destinations in Spain, Europe and northern Africa. Four aircraft are named after special passengers: “Eloy Fructuoso” (the one-millionth passenger), “Connie Baraja” (passenger 2 million), “Elisenda Masana” (passenger 5 million) and “Carlos Ceacero” (passenger 10 million).