The bar for premium airport lounges has reached stratospheric heights in recent years. In the U.S., spaces like United’s Polaris lounges and American’s Flagship First facilities now offer restaurant-quality dining. And outside of the U.S., airlines like Cathay Pacific, Lufthansa, and the big Middle Eastern three offer lounges that are even more opulent. How could you top that?

How about designing an ultra-exclusive airport within an airport, built to provide complete seclusion from the rest of the traveling public? That was the idea behind The Private Suite, a recent addition at Los Angeles (LAX). For those willing to splurge for access, it offers an intensely private, luxurious, and unique experience from curb to plane. Read on for our inside look, from extravagantly-stocked suites to a one-person miniature TSA facility and a fleet of BMWs to drive you to your plane. 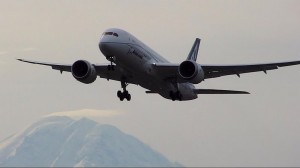