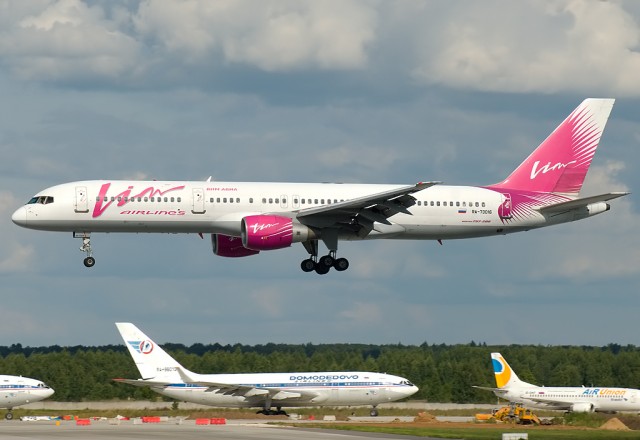 One has to respect an airline that can support a pink livery with pride. Especially one that comes from a country with a history boring and gray airline liveries. It is almost like Russian airlines are making with loud liveries like the one found onÂ S7 airlinesÂ and the one highlighted today, VIM Airlines.

VIM was founded in October 2002 and is based out of Moscow’sÂ Domodedovo Airport (DME). The name comes from the initial’s of the founder,Â Victor Ivanovich Merkulov and currently has a fleet of 11 Boeing 757-200 aircraft. According to their website, in 2010 the airline signed, “a memorandum of Boeing 747 aircraft purchase”, and I am guessing those are used aircraft and not the new 747-8I. Interestingly, they also have the exact same statement listed under 2009, so I am not quite sure what to think about theÂ possibilityÂ of them taking on a 747.